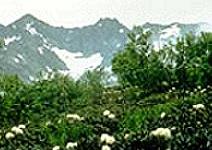 The nonprofit group Environmental Watch on North Caucasus has appealed to the International Olympic Committee and United Nations agencies to block construction of a road that would access the Olympic Ski Complex planned for the 2014 Winter Olympic Games at the Black Sea coastal resort of Sochi.

The planned road to the Olympic Ski Complex on Psekhako Ridge would cross the Western Caucasus UNESCO World Heritage Site as well as its protected buffer zone. The investor behind this road is the state company Gazprom, the world's largest gas company. Construction of the Olympic Ski Stadium with operating facilities is scheduled for completion in 2010.

Andrey Rudomakha, coordinator of Environmental Watch on North Caucasus, says, "But in reality, only Gazprom needs the road to go via this specific route" because Gazprom's management is unwilling to have the road cut through their elite Grand Hotel Polyana complex on the left bank of Achipse River, since it will disturb their clients. "In this way," he says, "corporate interests end up above Russian legislation, which strictly forbids construction of roads in nature reserves."

In a letter to the Olympic and UN authorities earlier this month, Environmental Watch on North Caucasus asks them "to address the Russian authorities and ask them to abandon the harmful road project to Psekhako Ridge through the World Heritage Site 'Western Caucasus' as well as its protected buffer zone.

From May 14 through 16, Chair of the UNESCO World Heritage Committee Maria Jesus San Segundo and Director of the World Heritage Centre Francesco Bandarin visited Sochi and had a meeting with Yury Trutnev, the Russian Minister of Natural Resources and Ecology. In this connection, Environmental Watch on North Caucasus has directed the official appeal to San Segundo and Bandarin.

In their letter of appeal, the group says, "This is not the first time Gazprom is threatening the Caucasus Reserve and the Western Caucasus World Heritage Site. Unfortunately, the company's project is de-facto supported by various state agencies despite the fact that constructing roads in protected areas is prohibited by Russian national legislation."

During the July 2008 meeting of the UNESCO World Heritage Committee, a decision was taken calling upon Russia to "halt all activities affecting the values and integrity of the property, in particular, the extensive risks to the property from the current plans for the developments for 2014 Winter Olympic Games, and road plans."

But the group warned Olympic and UNESCO officials in its letter of appeal that "Preparations for the 2014 Olympic Games in Sochi are still being carried out. All of this flagrantly contradicts the principles of the Olympic movement."

The group also has addressed a request to stop the road to Russian President Dmitry Medvedev and Russian Premier Vladimir Putin, but says "removing this threat without participation of international organization seems unlikely."

Listed in 1999, the Western Caucasus World Heritage Site extends over 275,000 hectares of the extreme western end of the Caucasus mountains about 50 kilometers (30 miles) northeast of the Black Sea. Its extensive tracts of undisturbed mountain forests, extending from the lowlands to the subalpine zone, are unique in Europe. The site has a great diversity of ecosystems, with important endemic plants and wildlife, and is the place of origin and reintroduction of the mountain subspecies of the European bison.