TAIPEI, Taiwan, February 4, 2016 (TEIA) – The number of coastal fish species in northern Taiwan has dropped by 75 percent over the past three decades, finds a newly published study by Taiwanese researchers. Along with weak and poorly enforced fisheries regulations, the study shows that the island nation is at greater risk of a complete marine ecosystem collapse than the planet as a whole.

Located at the meeting point of the East China Sea Current, the South China Sea Current, and the Kuroshio Current, this island nation off the coast of China is in what has been one of the world's richest areas of marine biodiversity.
Seafood is traditionally popular here. In 2014, the annual per capita consumption of seafood was 35.7 kilograms (78.7 pounds) – 15 kg (33 pounds) more than the global average that year. 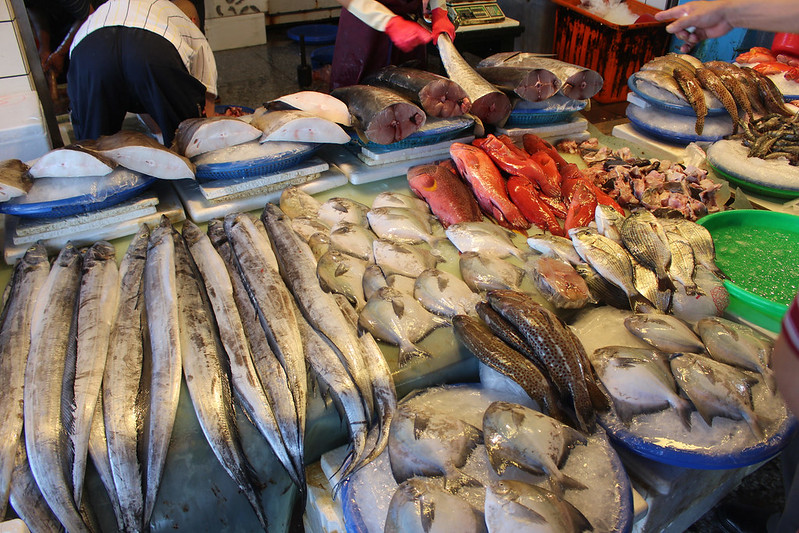 The world's fish stocks are under considerable pressure, and Taiwan is not exempt from the trend.
For this study, a team led by fish biodiversity researcher Kwang-tsao Shao collected fish killed by impingement upon cooling water intake screens at two nuclear power plants – Jinshan and Kuosheng – on the northern tip of this island nation off the coast of China.
The team collected fish at the nuclear plants every month over 19 years, from 1987 to 1990 and then from 2000 to 2014. They collected a total of 1.28 million individual fish of 439 kinds.
Impingement occurs when marine and coastal organisms are trapped against a nuclear power station's cooling water system by the force of moving water.
Impingement kills organisms immediately or contributes to a slower death resulting from exhaustion, suffocation or other physical injuries. Most fish that are impinged are small and not able to swim against the current or are dead or dying.
The original purpose of the investigation was to estimate fishery loss due to cooling water intake impingement, but the long-term nature of the fish sampling program also allowed for the assessment of fish population trends, said Shao, who is affiliated with Academia Sinica's Research Center for Biodiversity in Taipei.
The recorded monthly fluctuations of the number of species were considerably smaller after 2008 due to the disappearance of seasonal migrants.
The most dominant fish at one of the nuclear power plants has changed from a valuable economic species, mullet, to less valuable species such as rabbitfish and spiny puffer fish.
Such changes reflect the decline in fish abundance due to overfishing, said Shao.
When the study began in the late 1980s, 100 to 120 fish species could be found at the sampling sites.
By 2014, the number had dwindled to fewer than 20 to 30 species – a decrease of about 75 percent over three decades.
Based on this data, the research team estimated a more rapid depletion of fish stocks in Taiwan than the global trend towards a global collapse of fisheries predicted to happen in 2048 by a study of catch data from the journal “Science.”
The data can help identify key driving forces responsible for the declines observed in fish populations. 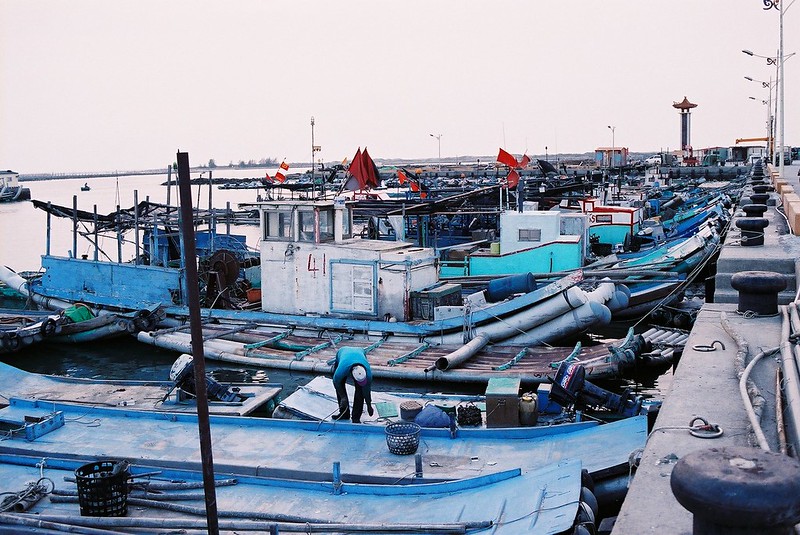 “The major causes of biological impoverishment and loss of marine biodiversity may be complex, and not reducible to any single issue,” Shao said.
“Overfishing, habitat destruction, pollution, illegal fishing and invasive species can all contribute to fishery collapse,” he said. “The relevant authorities need to come up with effective policies and guidelines to restrain access to resources.”
Last March, the Taiwanese Fisheries Agency announced new regulations to curb illegal, unreported and unregulated fishing. Under the new requirements, fishing vessels of more than 10 tonnes must report their catches to local fishermen's associations when unloading.
Ocean conservationists also called for better information sharing and management through the establishment of a cloud-based computing system to replace manual reporting and recording.
The nonprofit Taiwan Environmental Information Association, TEIA, is in support of a computerized information-sharing system.
TEIA Environmental Trust Center Director Hsiu-Ju Sun said that once the reporting and recording system is established, the information collected can feed into the seafood traceability system.
In combination with Taiwan Seafood Choice Guide created by Shao in 2011, and promoted by environmental groups through sustainable seafood campaigns, Sun says a computer-based information sharing system will help preserve and manage Taiwan's ocean resources within ecological limits.
This research was financially supported by the state-owned Taiwan Power Company as a long-term monitoring project.
※ Co-Published with Environment News Service