“In the context of COVID-19, illegal gold mining has been lining criminals’ pockets more than ever before, allowing crime groups to funnel money into other illicit activities while destroying the local environment,” said Cindy Buckley, acting assistant director of Interpol’s Illicit Markets division.

“The supply chains for illegally-mined gold are transnational in scope, and Interpol has a crucial role to play in supporting member countries combating this crime,” Buckley said.

The Interpol report covers Bolivia, Brazil, Colombia, Ecuador, Panama, and Peru. Nearly half the illegal gold mining ‘hotspots’ identified through Interpol’s work with law enforcement in these countries are located in cross-border areas, demonstrating the importance of international police cooperation in countering criminality.

The high involvement of sophisticated criminal networks in illegal gold mining and the transnational dimension of illegal mining and associated crimes also pose challenges for law enforcement, who sometimes lack the necessary resources to combat this crime threat effectively, Interpol explained in a statement offering a “public” version of the analysis.

The Interpol analysis, known as Project Mnya, was developed by a newly-formed team within the global policing body. Funded by the Norwegian Ministry of Climate and Environment, Project Mnya marks the first initiative launched by Interpol’s environmental security program on illegal mining and related crimes.

Interpol has 195 member countries, making it the world’s largest police organization. Each country hosts an Interpol National Central Bureau, which links the national police with the global network for data sharing on investigations.

Illegal gold mining has increased over the past decade and gold prices are again rising to multiyear highs.

Interpol’s analysis of illicit gold mining in Bolivia, Colombia, Ecuador, Panama and Peru – as well as the results of regular investigative support to Brazilian law enforcement – show how the increase in gold demand has acted as a “pull factor,” a motivating factor for criminals in the region, including organized crime groups also involved in human trafficking, human rights abuses and financial crimes.

Illegal gold mining devastates the environment, causing deforestation, biodiversity and habitat loss as well as water, air and soil pollution through the release of toxic chemicals, as many reports from civic, governmental and scientific organizations have long demonstrated.

For instance, in August 2021, Reuters reported that, “Roughly 28% of Brazilian gold exports in 2019 and 2020 [some 49 metric tonnes of gold] likely came from illegal mines, a report by public prosecutors and the Federal University of Minas Gerais found, pointing to widespread forging of documents and lack of effective law enforcement.”

Local communities suffer through corruption. Populations are displaced by force, and there are human rights violations and health issues associated with illegal mining, Interpol confirms.

Other organizations have reported violent incidents. At an illegal mining site near the Uraricoera River in a protected reserve in the Brazilian Amazon, miners opened fire on an indigenous community using automatic weapons, local leaders told the nonprofit group Instituto Socioambiental.

The Yanomami group said they responded with bows and arrows, and shotguns. One indigenous person and four miners were injured.

An estimated 20,000 illegal gold miners are in the Yanomami area, Brazil’s largest protected indigenous reserve, according to Instituto Socioambiental.

Similar situations exist in the other countries analyzed by Interpol’s Project Mnya team.

The top five methods of operation found in all Project Mnya countries:

And how does the Interpol team know that organized crime is involved? The analysis states:

The analysis of this data suggests that inspecting mining sites is a complex matter for law enforcement authorities. They must verify the validity of the permit; confirm the exact areas of mining activities as well as the quantity of the minerals extracted; control the paperwork of the miners and their immigration status; and check the legality of the machinery, chemical products, fuel and explosive in use.
“Special attention needs also to be dedicated to document fraud,” Interpol states.

“Environmental crime is low-risk and high profit for criminals. This crime area has been recently defined as the third largest criminal sector worldwide, after drugs, counterfeit goods and trafficking,” the Project Mnya report says, before offering recommendations.

Interpol’s key recommendations focus on the use of the global agency’s policing capabilities; the creation of national multi-agency illegal mining taskforces; and the identification of points of contacts in the national law enforcement agencies responsible to enforce and investigate the specific crime area of illicit gold mining. 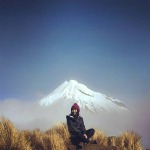