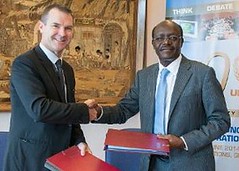 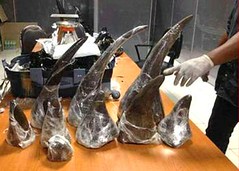 Customs authorities in countries across the globe will have a new e-permitting system to regulate the import and export of species such as tigers and elephants and their parts under a new agreement signed today by two United Nations agencies.

The Secretariat of the Convention on International Trade in Endangered Species of Wild Fauna and Flora, or CITES, and the UN Conference on Trade and Development, UNCTAD, have agreed to integrate a computerized Customs management system currently used by over 90 countries, which covers most foreign trade procedures.

Among these procedures is a module for international trade in CITES-listed species, called ACITES, which will be fully integrated into UNCTAD’s Automated SYstem for CUstoms DAta, ASYCUDA.

The 35,000 species of wild animals and plants covered by CITES trade regulations are listed in three Appendices, according to the degree of protection they need.

Based on the CITES Appendices, the ASYCUDA module can link with computerized Customs systems to harmonize CITES electronic permit standards.

The CITES electronic toolkit was updated in 2013 with new electronic permitting standards and norms.

“The main purpose of the cooperation between CITES Secretariat and UNCTAD is to ensure that international trade does not harm the conservation of CITES-listed species,” said UNCTAD Secretary-General Mukhisa Kituyi.

He explained that the new system is expected to enhance the livelihoods of the poor and promote opportunities for entrepreneurs who comply with CITES requirements and national legislation.

The harmonization of CITES electronic permit standards with ASYCUDA will help the 180 governments that are Parties to the CITES treaty to trace traded species throughout their business chain to ensure the sustainable use of species that are legally traded.

CITES Secretary-General John Scanlon said, “The use of these tools will contribute towards ensuring the sustainable use of species legally in trade and to preventing illegal trade by reducing the opportunities for fraud.

CITES Appendix I includes 931 species threatened with extinction such as tigers, elephants, rhinos, gorillas, orangutans and giant pandas. Trade in specimens of these species is permitted only in exceptional circumstances.

Appendix II includes more than 34,000 species not necessarily threatened with extinction, but in which trade must be controlled in order to avoid utilization incompatible with their survival. They include lions, paddlefish, alligators, mahogany, American ginseng and many corals.

Appendix III includes species for which a range country has asked other Parties to help in controlling international trade. Examples include map turtles and walruses.