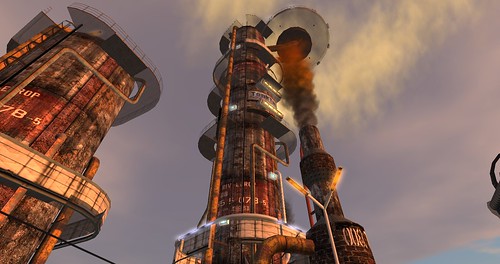 To protect neighborhoods located near oil refineries, the U.S. Environmental Protection Agency today proposed to update the air pollution standards for refineries – standards that environmental groups proved in court are more than a decade overdue.

The EPA’s proposal would, for the first time, require monitoring of air concentrations of benzene around the fence line perimeter of refineries to ensure that emissions are controlled. These results would be available to the public.

The proposal would also require upgraded emission controls for storage tanks, performance requirements for flares to ensure that waste gases are properly destroyed, and emissions standards for delayed coking units, which are currently a significant unregulated source of toxic air emissions at refineries, the agency said.

The newly proposed standards come in response to a 2012 lawsuit filed by the public interest law firm Earthjustice and the nonprofit Environmental Integrity Project on behalf of affected community groups in Texas, California and Louisiana.

The groups alleged that while the EPA was required under the Clean Air Act to update refinery pollution standards every eight years, the agency had failed to do so. The suit was resolved in a court ordered consent decree filed January 13, 2014 in the U.S. Court of Appeals for the District of Columbia that set the rulemaking schedule.

The decree commits the EPA to perform risk and technology reviews for maximum achievable control technology in two categories of refinery processes.

After the consent decree was signed, EPA conducted a demographic analysis of individuals living near petroleum refineries for different social, demographic and economic groups. The agency found that about half of the people most at risk from refinery emissions are minorities, roughly twice the percentage of minorities in the general population.

But refinery lobby groups fail to see the new rule in a positive light.

NACAA Executive Director Bill Becker said today that the fence line requirements are a big step forward. “For the first time ever, these facilities will be required to monitor the toxic pollution levels at their fence lines and take appropriate steps to reduce emissions, where necessary. This is particularly important in light of the fact that a typical refinery has hundreds of emissions points, many of which are ‘fugitive’ emissions, not emanating from a particular stack.”

“Many of these hazardous air pollutants are cancer-causing and not adequately controlled and present disproportionate health and environmental impacts, especially on environmental justice communities. The public deserves the right to know whether the air they are breathing is safe,” said Becker.