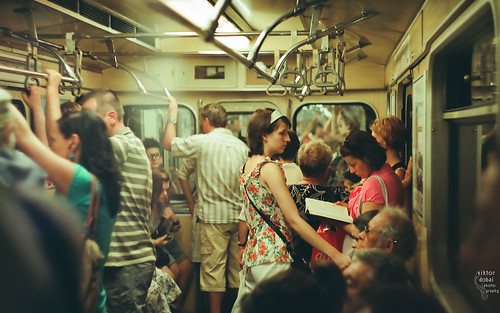 More than US$100 trillion in public and private spending could be saved between now and 2050 if the world expands public transportation, walking and cycling in cities, finds a new report by the University of California, Davis, and the Institute for Transportation and Development Policy.

Reductions in carbon dioxide emissions reaching 1,700 megatons per year in 2050 could be achieved if this shift occurs, the researchers project.

Roughly 1.4 million early deaths linked to exposure to vehicle tailpipe emissions could be avoided each year by 2050 if governments require the strongest vehicle pollution controls and ultra low-sulfur fuels, concludes a related analysis by the International Council on Clean Transportation included in the report.

Doubling vehicle fuel economy could reduce emissions of the greenhouse gas carbon dioxide (CO2) by an additional 700 megatons in 2050, the researchers found.

“The study shows that getting away from car-centric development, especially in rapidly developing economies, will cut urban CO2 dramatically and also reduce costs,” said report co-author Lew Fulton, co-director of NextSTEPS Program at the UC Davis Institute of Transportation Studies.

“It is also critical to reduce the energy use and carbon emissions of all vehicles,” Fulton said.

The report, “A Global High Shift Scenario,” is the first study to examine how major changes in transportation investments worldwide would affect urban passenger transport emissions as well as the mobility of different income groups.

The report was released September 17 at the United Nations Habitat III Preparatory Meeting in New York, ahead of the September 23 UN Secretary-General’s Climate Summit, where more than 120 nations, as well as many corporations, will commit to reducing greenhouse gas emissions, including new efforts toward sustainable transportation. 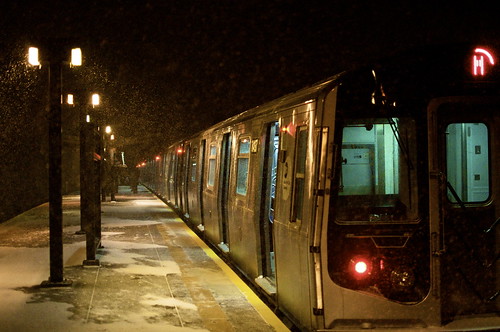 “Transportation, driven by rapid growth in car use, has been the fastest growing source of CO2 in the world,” said Michael Replogle, co-author of the study and managing director for policy at Institute for Transportation and Development Policy (ITDP), a global New York-based nonprofit.

“An affordable but largely overlooked way to cut that pollution is to give people clean options to use public transportation, walking and cycling. This expands mobility options, especially for the poor, and curbs air pollution from traffic,” said Replogle.

The authors calculated CO2 emissions and costs from 2015 to 2050 under a business-as-usual scenario and a “High Shift” scenario where governments increase investments in rail and clean bus transportation, and build infrastructure to ensure safe walking cy cycling.

They included in their calculations the effects of moving investments away from road construction, parking garages and other steps that encourage car ownership, freeing up resources for the needed investments in public transportation, walking and cycling.

Transportation in urban areas accounted for about 2,300 megatons of CO2 in 2010, almost one quarter of carbon emissions from the transportation sector.

Rapid urbanization, especially in fast-developing countries like China and India, will cause these emissions to double by 2050 in the business-as-usual scenario.

Among the countries examined in the study, three stand out:

United States: Currently the world leader in urban passenger transportation CO2 emissions, the U.S. is projected to lower these emissions from 670 megatons annually to 560 megatons by 2050 because of slowing travel growth combined with sharp improvements in fuel efficiencies. But a high shift to more sustainable transportation options, along with fewer and shorter car trips related to communication technologies substituting for transportation, could further drop those emissions to about 280 megatons, the study found.

China: CO2 emissions from transportation are expected to mushroom from 190 megatons annually to more than 1,100 megatons, due in large part to the explosive growth of China’s urban areas, the growing wealth of Chinese consumers, and their dependence on automobiles. But this increase can be slashed to 650 megatons under the High Shift scenario, in which cities develop extensive clean bus and metro systems. The latest data show China is already increasing investments in public transport.

India: CO2 emissions are projected to leap from about 70 megatons today to 540 megatons by 2050, also because of growing wealth and urban populations. But this increase can be moderated to only 350 megatons under the High Shift scenario by addressing crucial deficiencies in India’s public transport.

Under the High Shift scenario, mass transit access worldwide is projected to more than triple for the lowest income groups and more than double for the second lowest groups.

The authors say their findings may help support agreement on climate policy, where cleanup costs and equity between rich and poor countries are key issues.

The study was funded by the Ford Foundation, ClimateWorks Foundation and Hewlett Foundation.