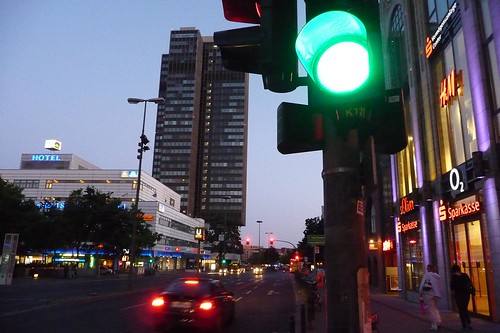 The sounds of tires on the road surface, engine, transmission and braking noises, the sound of the air rushing around moving vehicles, car horns, alarms and boom boxes all add up to noisy nights for people living near highways.

In an Australian pilot study of the app, nearly half of those who used it found that they were exposed to potentially unhealthy levels of night-time noise.

Exposure to noise pollution at night can have serious health effects such as cardiovascular problems, high blood pressure and heart disease, according the EU and World Health Organization officials.

The WHO recommends that night-time noise exposure should not exceed 40 dB(A) – a measure of loudness as perceived by the human ear.

Overall, around 30 percent of the European Union population is thought to be exposed to noise pollution severe enough to cause health effects.

Eurostat reported Thursday that last year 19 percent of Europeans said they live in households that suffer from noise pollution.

To address this problem, the Environmental Noise Directive (END) was established in 2002. The END requires EU Member States to create day and night-time “noise maps” for major roads, railways and airports, to assess the number of people disturbed by noise.

But mapping night-time noise on a large scale, particularly from within homes, can be difficult and expensive. This study examined how existing consumer technology and community participation could help to improve monitoring.

The researchers developed 2Loud? to measure indoor exposure to traffic noise. It records background noise and uploads the data to a server where researchers can work with it.

The key frequencies for traffic noise were extracted from the data and their loudness analysed. The 2Loud? application was calibrated against a sound meter to ensure accuracy of the recordings.

For the Australian pilot study, the application was distributed to 27 residents living close to highways in the city of Boroondara, Metropolitan Melbourne, Australia.

The participants recorded night-time indoor noise using their mobile phones over a period of seven weeks. Over 1,000 hours of noise readings were gathered during the study.

Indoor night-time noise recordings ranged from 23.2 to 58.5 dB(A), with an average of 40 dB(A). Overall, 45 percent of the monitored areas were exposed to potentially unhealthy noise levels (greater than 40 dB(A).

These results show that it is possible, through community participation with mobile devices, to collect reliable real-world data on noise levels and exposure from within homes.

In the European Union, environmental noise, especially traffic noise, has often received lower priority than other forms of pollution, yet its associated costs are estimated to be at least 0.35 percent of the EU’s GDP – around 45 billion Euros in 2012.

Reducing these costs and the health effects of noise will require targeting areas where noise pollution is especially bad in densely populated areas.

This small study suggests that if deployed on a larger scale, a mobile phone measurement and community participation approach could be used to provide inexpensive data to help urban planners create healthier urban environments.