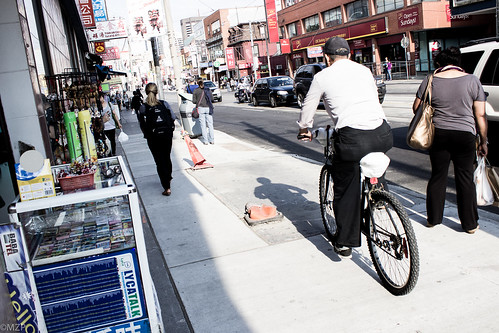 Allergies and numerous autoimmune diseases, such as asthma and type 1 diabetes, have become more common in the past 50 years, especially in urban environments. Now a new research team is working to help the human immune system function better in cities.

The recent rise in allergies and autoimmune diseases is caused by pollutants from human activities, a higher level of hygiene and the reduced biological diversity of our living environment, says Dr. Aki Sinkkonen of the University of Helsinki Department of Environmental Sciences.

The new international research project attempts to find solutions to allergies and other immune defense disorders using methods from both medicine and urban design.

“Up to one-fifth of the population in industrialized countries suffers from serious disorders of the immune system. In the EU alone, the annual expenses of these disorders have been estimated to total over 100 billion euros,” says Dr. Sinkkonen.

“The project combines urban design with the latest results from medicine and environmental ecology. We will also benefit from the experiences accumulated while developing a diabetes vaccine, as well as from biodiversity research and various population surveys,” he explains. “One of the goals is to create commercial products.”

Tekes, the Finnish Funding Agency for Innovation, has granted 2.5 million euros to be distributed over a period of two and a half years for the first phase of the five-year project.

The new Natural Resources Institute Finland is also participating in the ADELE project.

The new institute began operations January 1, bringing together the cross-disciplinary expertise of several state research institutes – MTT Agrifood Research Finland, the Finnish Forest Research Institute and the Finnish Game and Fisheries Research Institute – with the statistical services of the Information Centre of the Ministry of Agriculture and Forestry.

The data held by these merging agencies are an enormous resource that open new avenues for research, said the institute’s President and CEO Mari Walls.

She says the task of the new institute is to promote competitive business activities based on the sustainable use of renewable natural resources.