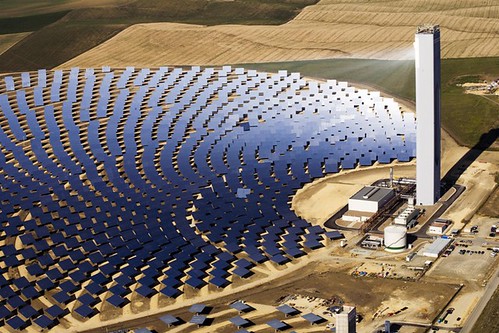 “The Future of Solar Energy” says that America needs to prepare its electricity systems for very large-scale deployment of solar generation, which tends to vary unpredictably throughout the day.

The authors point to an urgent need for federal R&D dollars to be invested in new technologies, especially low-cost, large-scale electricity storage, with greater emphasis on rewarding production of solar energy.

“Our objective has been to assess solar energy’s current and potential competitive position and to identify changes in U.S. government policies that could more efficiently and effectively support its massive deployment over the long term, which we view as necessary,” said MITEI Director Robert Armstrong, the Chevron Professor in Chemical Engineering at MIT.

The study group is presenting its findings to lawmakers and senior administration officials this week in Washington.

Richard Schmalensee, the study’s chair and Howard W. Johnson Professor Emeritus of Economics and Management at the MIT Sloan School of Management, said, “What the study shows is that our focus needs to shift toward new technologies and policies that have the potential to make solar a compelling economic option.”

Today’s federal and state subsidy programs designed to encourage investment in solar systems should be reconsidered, to increase their cost-effectiveness.

The group also recommends that state renewable portfolio standards, which support increased power generation from renewable resources, be brought under a unified national program that would reduce the cost of meeting set targets by allowing unrestricted interstate trading of credits.

Several new solar technologies are being developed by MIT researchers.

Scientists at MIT and Stanford University have developed a new kind of solar cell that combines two different layers of sunlight-absorbing material in order to harvest a broader range of the sun’s energy.

The new cell uses a layer of silicon, which forms the basis for most of today’s solar panels, but adds a semi-transparent layer of a material called perovskite, which can absorb higher-energy particles of light.

In this initial version, the efficiency is 13.7 percent, but the researchers say they have identified low-cost ways of improving this to about 30 percent, a big improvement over today’s commercial silicon-based solar cells. They say this technology could ultimately achieve a power efficiency of more than 35 percent.

It’s widely believed that China is the world’s dominant manufacturer of solar panels because of its low labor costs and strong government support. But a 2013 study by researchers at MIT and the U.S. Department of Energy’s National Renewable Energy Laboratory indicates that the United States could once again become cost-competitive in photovoltaic (PV) manufacturing.

As of 2011, manufacturers in China accounted for 63 percent of all solar-panel production worldwide. But a detailed analysis of all costs associated with PV production shows that the main contributors to that country’s lower PV prices are economies of scale and well-developed supply chains, not cheap labor.

“We developed a bottom-up model,” explains Tonio Buonassisi, an associate professor of mechanical engineering at MIT and a co-author of the report, published in the journal “Energy and Environmental Science.”

The researchers estimated costs for virtually all the materials, labor, equipment and overhead involved in the PV manufacturing process.

The bottom line, Buonassisi says, is that today’s regional price differences in making photovoltaic modules are “not inherent [and] not driven by country-specific advantages.” As a result, technological innovations could rapidly level the playing field.