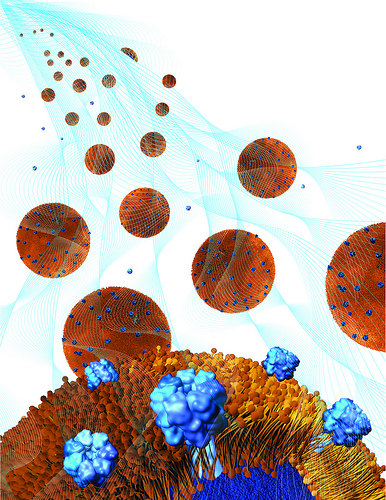 A new gel filled with nanosponges that absorb toxins has proven effective against the “super bug” MRSA (methicillin-resistant Staphylococcus aureus), an antibiotic-resistant bacteria that can be life-threatening.

Nanoengineers at the University of California, San Diego developed the new hydrogel – a gel made of water and polymers – packed with the toxin-absorbing nanosponges.

“Nanosponges alone are difficult to use on local tissues because they diffuse away to other parts of the body very quickly,” explained Liangfang Zhang, nanoengineering professor in the Jacobs School of Engineering at UC San Diego, who led the team, “By integrating the nanosponges into a hydrogel, we can retain them at the site of infection.”

Since the nanosponge-hydrogel treatment does not involve antibiotics, the researchers say that it will not likely be affected by existing bacterial antibiotic resistance.

Also, because antibiotics are not involved, the nanosponge-hydrogel treatment will likely not cause bacteria to develop new resistance.

MRSA was first discovered in 1961. It’s now resistant to methicillin, amoxicillin, penicillin, oxacillin, and many other common antibiotics, according to the website WebMD.

MRSA is carried by about two percent of the population. MRSA infections are common among people who have weak immune systems and are in hospitals, nursing homes, and other health care facilities. Infections can appear around surgical wounds or medical devices, such as catheters or implanted feeding tubes.

According to the Centers for Disease Control and Prevention, invasive MRSA infections that began in hospitals declined eight percent between 2011 and 2013.

But health officials are alarmed because MRSA is also showing up in healthy people who have not been hospitalized, such as team athletes, military recruits, prison inmates and children in daycare.

While some antibiotics still work, the MRSA bacteria is constantly adapting. Researchers developing new antibiotics are having a tough time keeping up.

Zhang explains how the new treatment works. Each nanosponge is a nanoparticle coated in a red blood cell membrane. This coating disguises the nanosponges as red blood cells, which are the real targets of the harmful toxins produced by MRSA.

By masquerading as red blood cells, the nanosponges attract harmful toxins and remove them from the bloodstream.

In order for the nanosponges to remove toxins from a specific spot, such as an infected skin wound, a lot of them need to be held at that spot.

This is where the hydrogel plays a role; it can hold billions of nanosponges per milliliter in one place.

The hydrogel’s pores are small enough to keep most of the nanosponges from escaping and large enough so that toxins can easily get inside and attach to the nanosponges.

The researchers showed that the nanosponge-hydrogel treatment kept down the size of skin lesions caused by MRSA infections.

In mice, the skin lesions that were treated with the nanosponge-hydrogel were smaller than those that were left untreated.

“After injecting the nanosponge-hydrogel at the infected spot, we observed that it absorbed the toxins secreted by the bacteria and prevented further damage to the local blood, skin and muscle tissues,” said Zhang.

When nanosponges were injected without the hydrogel, only 20 percent of them remained at the injection site after two hours. Most of them diffused to the surrounding tissues.