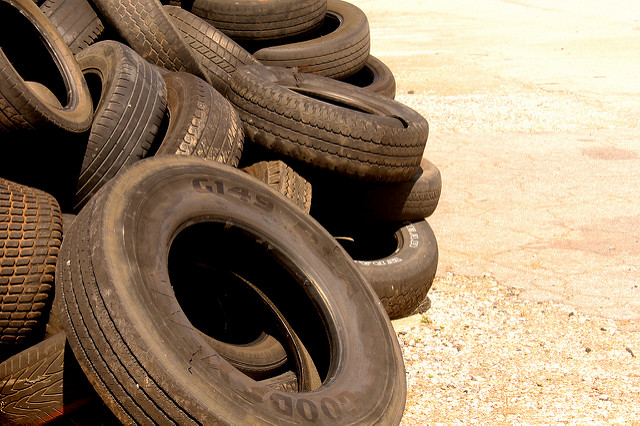 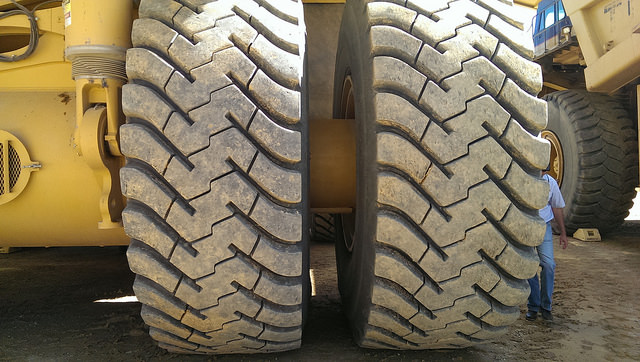 Tytec Recycling, a new company based in Perth, announced Wednesday that it would open the world’s first environmentally-friendly off the road tire recycling operation this year.

The facility will employ a new Edison Award-winning technology to make high-quality marketable steel, diesel oil and carbon out of the old earthmoving tires used in mining and agriculture.

“We’re currently on track to begin OTR recycling in June 2016 and will open our purpose-built recycling center in Perth in January 2017, then Queensland soon after,” says Brett Fennell, Tytec Recycling’s chairman.

Currently, used off the road, OTR, tires are buried under mining dumps or stacked in EPA-approved areas around mine sites.

Tire recycling has always been difficult, and for mining and agriculture’s cast off tires it has been “nearly impossible,” Fennell said.

Based in Melbourne, Green Distillation Technologies Corporation has developed a proprietary destructive distillation technology capable of recycling end-of-life tires of all varieties into saleable commodities of carbon, oil and steel.

GDTC recovers up to 85 percent of the unused energy in an end-of-life tire in the form of carbon and oil without pre-processing and is completely emission free. The only waste stream is heat.

For this technology, GDTC received a 2015 Edison Award in the Resource Management or Renewable Resources category.

The Tytec team has been unfailingly persistent. “We’ve been working on a way to efficiently recycle OTR tires for the past nine years,” says Brett Fennell, Tytec Recycling’s chairman.

“There are plenty of ways to break down tires but none of them are effective for OTR tires,” he explains.

Most tire recycling requires up to six steps – removing the steel beading from tires, cutting the tires into small pieces, then shredding or grinding the tire cuttings.

The final step is to perform magnetic sorting to remove any remaining steel for sales of crumb rubber, often used on athletic surfaces, playgrounds and equestrian footings.

To extract oil and carbon from the old tires, an additional process using pyrolysis reactors is required.

The current recycling process is time-consuming, energy intensive and expensive. The larger the tire, the more costly, maintenance intensive and difficult each step becomes.

“The Destructive Distillation process that Tytec uses allows a whole OTR tire to be recycled in a single step,” says Fennell.

“We’re using continuous heating technology that’s incredibly energy efficient and results in extremely low emissions. Our reactors operate at a much lower temperature and pressure, providing the added advantage of being safer for system operators and reducing the wear and tear on the plant,” he explains.

Tytec Recycling holds the only global technology license for the Destructive Distillation process for OTR and agricultural tires.