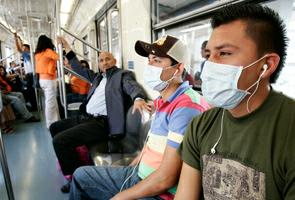 Swine influenza A/H1N1 is spreading rapidly, the World Health Organization announced today. Director-General Margaret Chan raised the level of influenza pandemic alert from phase 4 to phase 5, out of six possible levels. Dr. Chan said her decision was based on assessment of all available information and consultations with health experts.

Phase 5 is characterized by human-to-human spread of the virus into at least two countries in one WHO region. While most countries will not be affected at this stage, the declaration of Phase 5 is a strong signal that a pandemic is imminent and that the time to finalize the organization, communication, and implementation of the planned mitigation measures is short.

"This change to a higher phase of alert is a signal to governments, to ministries of health and other ministries, to the pharmaceutical industry and the business community that certain actions should now be undertaken with increased urgency, and at an accelerated pace," Chan advised.

The first confirmed swine flu death in the United States happened in Houston. A 22-month-old boy from Mexico City who was hospitalized earlier this month in Brownsville, died Monday night in a Houston hospital.

A preliminary investigation indicates that on April 4 the boy had traveled with his family on a commercial flight from Mexico City to Matamoros, Mexico, for a visit with relatives in Brownsville, just across the Mexico-Texas border.

Swine flu was confirmed in laboratory testing done by the U.S. Centers for Disease Control and Prevention in Atlanta. Doctors believe the boy contracted the swine flu before coming to the United States.

Though an investigation continues, state health officials said the boy would not have been infectious on the Mexico-to-Matamoros flight and that none of the boy's known close contacts have subsequently become ill with influenza-like symptoms.

At this stage, says the World Health Organization, effective and essential measures include heightened surveillance, early detection and treatment of cases, and infection control in all health facilities.