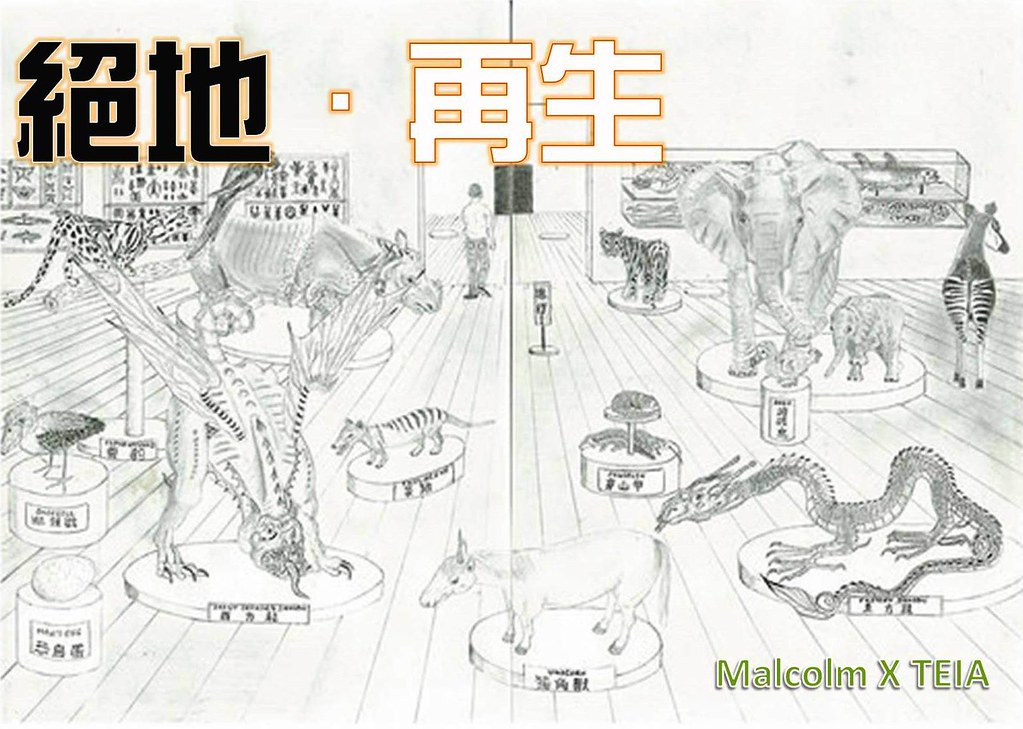 A Western Perspective on the Issue of Species Conservation

I was raised in a family with a long tradition of interest in biology and medicine, especially on my father’s side. From a very young age, I was encouraged to observe nature and learnt how rewarding it was.

Graduated with a Major in Air & Space, I worked for 14 years as an engineer in the Aeronautical Industry. However, keeping a strong interest in nature, I decided to take a professional break for one year to get a Master’s Degree in fundamental Ecology.

Simultaneously, I have been an avid traveller, visiting Taiwan for the first time in 2010 and coming again in 2014 to learn Chinese.

I have always been struck by how western and eastern landscapes shaped by humans differ so much.

Visiting East Asia and the island of Borneo induced me to further consider how different civilisations perceive their environments. I kept on questioning this issue when I came back to France.  I could not help imagining how a French landscape would be shaped differently had it been shaped by people of Chinese culture. Would East Asian nations consider that a French rural landscape is underdeveloped because we keep patches of forests and grasslands without farming them?

This is the perfect illustration that our connection to the Environment differs.

Some western and eastern nations have a legacy of colonial history. My point here is not to start a debate about it. Colonists would often label human societies as underdeveloped because of the richness of their environment and the fact that, at first sight, many resources, should they be minerals, timber, land or fauna, would be kept unused.

As of 2014, we are still putting different societies on a scale of value, with the obvious assumption that we are on its top since we assess other societies according to our own values.

Despite hunters-gatherers societies having managed to keep a relatively high biodiversity in their environments until today, we still deem them as inferior. On the contrary, we, “developed societies” have not been able to manage our environment in a sustainable way, hence an increasing pressure we are putting on remaining biodiversity. Even worse, realizing how valuable it is, we are more and more tempted to give Biodiversity a pure financial value. I am convinced this thinking process is a dead-end as it merely accelerates the extinction of the rarest species.

We definitely have to go back to the spirituality deeply rooted in each of our societies to find the answers. We just have to scratch the surface to understand how this spirituality is universal and is the intimate link that often connects us to our environment and its life.

As an example, South Korea is often quoted as the most wired country in the world. However, Shamanism, a ritual practice that connects living people with spirits is still widely followed during important events. This practice is a common heritage Koreans share with hunters-gatherers of Siberia. Shamanism of Siberian traditional societies includes rites aimed at keeping a good balance between humans and their environment, including a sustainable supply of food.

Chinese proverbs are the result of thousands of years of observation. They contain many clues about the environmental issues we are facing.

Strangely, one particular saying immediately came to mind as I started this project. And it was interesting to discuss it with people of Chinese cultural background to see how my western interpretation was different.

揠苗助長
Pull up Sprouts to Help Them Grow

I consider this story as the perfect illustration of the “threshold” issue: Is there a real long term benefit to getting more by constantly sampling more? Is a civilization that manages to get more from its environment a successful society? How are we actually able to detect that our sampling becomes unsustainable?

I was particularly surprised to see a documentary about Sichuan orchards. In some areas, farmers have been replacing bees to pollinate apple flowers for two decades. If only they could read again their old classics…

Through these pages, my aim is to begin a dialogue about cultural references in a changing world. For the first time in the human history, we have the ability to communicate instantly. This allows us to see that environmental issues and loss of biodiversity need to be jointly addressed.

However, how can we reach a common ground to protect our natural environment? How far can each of us go in the exploitation of our local environment? How fair is it to sample other societies’ natural heritage while we have not been able to secure ours? Can we have the wisdom to stop before it is too late?