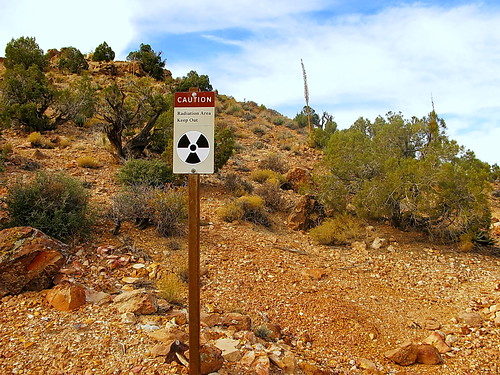 The U.S. Department of the Interior’s 20-year ban on new uranium mining claims across one million acres of public lands adjacent to Grand Canyon will stand, a federal judge in Arizona has ruled.

Judge Campbell of the U.S. District Court for Arizona summarized his Monday ruling dismissing all uranium mining industry claims by stating that the Secretary of the Interior had the authority to “err on the side of caution in protecting a national treasure – Grand Canyon National Park.”

The judge ruled that the ban complied with federal environmental laws and that it was not too large, as plaintiffs had argued. At stake is protection of the aquifers and streams that feed the Colorado River and Grand Canyon from toxic uranium mining waste and depletion.

The tribe and groups helped to defend Interior’s decision to protect Grand Canyon’s springs and creeks, wildlife and vistas from new uranium-mining pollution.

“The ruling today by Judge Campbell recognizes the unique and important resources on the lands south of Grand Canyon that are our aboriginal homelands and within the watershed that feeds our springs and flows into our canyon home,” said Havasupai Chairman Rex Tilousi.

The groups and tribe were represented by public-interest law firms Earthjustice and Western Mining Action Project.

In January 2012, then-Interior Secretary Ken Salazar issued the 20-year ban that prohibits new mining claims and mine development on existing claims without valid permits. The mining industry lawsuit asserted that the Interior Department’s 700-page evaluation of environmental impacts was inadequate.

Proposals for new mining have prompted protests, litigation, and proposed legislation. Because dozens of new mines threaten to industrialize iconic and sacred natural areas, destroy wildlife habitat, and pollute or deplete aquifers, scientists, tribal and local governments, and businesses have all voiced support for the protections enacted by Interior.

Water utilities in Arizona, California and Nevada have expressed concerns about contamination of the Colorado River if uranium mining is permitted around the Grand Canyon. Some 25 million people in these states rely on water from the Colorado River for drinking and agriculture.