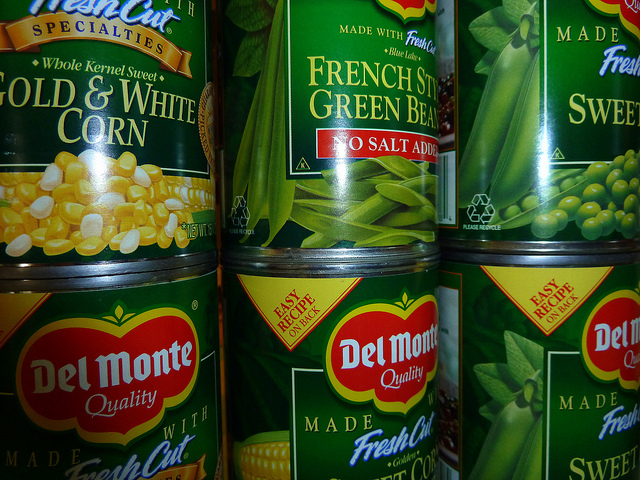 A new report from six health and environmental groups finds 67 percent of nearly 200 food cans from dozens of brands and retailers tested positive for Bisphenol A, a hormone-disrupting chemical linked to increased risk of breast and prostate cancers, infertility and type-2 diabetes.

Hundreds of scientific studies have linked low levels of BPA, measured in parts per billion and even parts per trillion, to an increased risk of breast and prostate cancer, infertility, type-2 diabetes, obesity, asthma, and behavioral changes including attention deficit disorder.

The U.S. Food and Drug Administration claims that BPA is safe for adults to consume at the current levels, but in 2012 the agency banned the sale of baby bottles and children’s cups containing BPA.

Some companies have made promises to discontinue lining their cans with BPA-based chemicals. But the “Buyer Beware” analysis shows that, across the board, canned food manufacturers large and small are not making good on these promises.

Some canned food companies are replacing BPA with other chemicals. For the first time, this report identifies the replacement materials in can linings, and documents their safety.

The study found 100 percent of Campbell’s cans tested (15 out of 15) contained BPA-based epoxy, even though the company claims to be making progress in its transition away from BPA.

On Monday, Campbell’s outlined the company’s plans to remove Bisphenol A from the linings of its cans by the middle of 2017 and transition to acrylic or polyester linings in all its soup cans.

Mark Alexander, president of President, Americas Simple Meals & Beverages, a Campbell’s company, said Monday that the technical and financial challenges have proven daunting and the company is still dealing with the “enormity of the task.”

A particular challenge is cans containing tomatoes, which are naturally acidic and can react with some linings over time, said Alexander.

The “Buyer Beware” study tested 14 cans of food from the Del Monte brand and found that 71 percent (10 out of 14) tested positive for BPA-based epoxy resins.

Of the 12 General Mills cans sampled for the study, half tested positive for BPA, including Progresso and Green Giant.

But not all the news is bad.

Amy’s Kitchen, Annie’s Homegrown (recently acquired by General Mills), Hain Celestial Group and ConAgra have fully transitioned away from the use of BPA and have disclosed their BPA alternatives. No BPA-based epoxy resins were detected in any of the cans tested from these brands.

Finally, to ensure food is safe to eat or drink, the “Buyer Beware” report recommends that consumers: