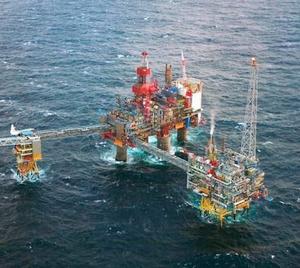 The UK and Norway have signed an agreement to cooperate on the development of North Sea sub-seabed geological formations for permanent storage of the greenhouse gas carbon dioxide captured from European sources.

At a high-level conference on Climate Change and Technology Friday in Bergen, Terje Riis-Johansen, the Norwegian minister of petroleum and energy and Lord Phil Hunt, the UK minister of state for energy and climate change, agreed to jointly commission a study on the role of the North Sea, where a demonstration carbon capture and storage project has been underway since 1996.

The new study will build a profile for the whole of the North Sea, assessing each country's storage potential and projections of likely volumes and locations of carbon dioxide flows, against a rising price of carbon.

The study will identify network issues and propose methods for managing CO2 flows across borders, the ministers said.

Lord Hunt said, "Today's agreement reaffirms the UK's leadership in tackling the emissions from fossil fuel power generation. Carbon capture and storage has the potential to reduce emissions from coal-fired power stations by around 90 percent. The strength of the UK's offshore industries means we are well-placed to store that carbon dioxide under the North Sea.

Riis-Johansen cited similar figures. "Carbon capture and storage offers the potential to reduce CO2 emissions by as much as 85 to 95 percent from fossil fueled power plants," he told conference delegates.

"However, we must not forget that this technology also offers a large potential for emission reductions from other industrial processes, such as coal-to-liquids, liquefied natural gas, cement, alumina and steel production," said Riis-Johansen.

"In fact, these industries may most likely present the early opportunities for carbon capture and the so-called 'low hanging fruits,' he said.

Initial studies in 2007 and 2008 by the North Sea Basin Task Force found that there was great potential to provide carbon dioxide storage under the North Sea. This study is the next step and will provide further evidence as to how important the sub-seabed of the North Sea will be in the deployment of carbon capture and storage in Europe.

Lord Hunt said, "The benefits of carbon capture and storage are not only environmental. There are clear business and job opportunities to be found in green energy technology."

"This study will help assist the governments in Europe to work together to store carbon dioxide safely under the North Sea and to plan the implementation of carbon capture and storage," he said.

The study will look at how quickly the sea bed of the North Sea could be needed for carbon dioxide storage and what the UK, Norway and other countries have to do to get it ready in time.

The two ministers also agreed agreed to follow up the Bergen conference by campaigning for international recognition of the role that carbon capture and storage can play, including through their joint hosting of the Carbon Sequestration Leadership Forum meeting in London in October.