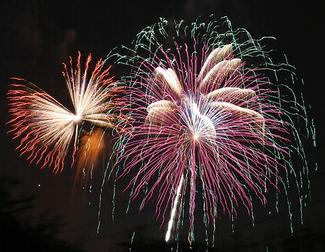 Perchlorate, a toxic component of rocket fuel, fireworks and safety flares that contaminates water supplies in 35 states, may come under federal regulation after a scientific review, the U.S. Environmental Protection Agency announced today.

Last October, the Bush-era EPA made a preliminary decision not to regulate perchlorate in drinking water, saying, "The agency has determined that a national primary drinking water regulation for perchlorate would not present a meaningful opportunity for health risk reduction for persons served by public water systems."

EPA Administrator Lisa Jackson today announced that the agency will review that decision with special attention to the effects of perchlorates on the health of infants and young children.

EPA is now considering a broader range of alternatives for interpreting the available data on the level of health concern, the frequency of occurrence of perchlorate in drinking water, and the opportunity for health risk reduction through a national primary drinking water standard that sets a legal limit on perchlorate concentration.

Perchlorates are colorless salts that have no odor and dissolve easily in water. They have been found in many foods, such as milk and lettuce, and in some drinking water supplies.

Perchlorates enter the environment where rockets are made, tested, and taken apart. People are exposed to perchlorates before and after fireworks shows and when using road safety flares.

Exposure also occurs during use of certain cleaning products and pool chemicals. Factories that make or use perchlorates may also release them to soil and water.

The Agency for Toxic Substances says that rain will wash perchlorates out of soil and into ground water. "We do not know exactly how long perchlorates will last in water and soil, but the information available indicates that it is a very long time," the agency warns.

In January 2005, the National Research Council published a review of the state of the science regarding potential adverse health effects of perchlorate exposure.

In pregnant women, perchlorate exposure can result in low thyroid hormone levels, or hypothyroidism, that affect their unborn children, the NRC review concluded, warning that the children can suffer "neurodevelopmental delays and IQ deficits" despite hormone remediation.

Yet, the NRC committee concluded that the available evidence did not show a causal association between perchlorate and congenital hypothyroidism, changes in thyroid function in normal birthweight, full-term newborns, or hypothyroidism or other thyroid disorders in adults.