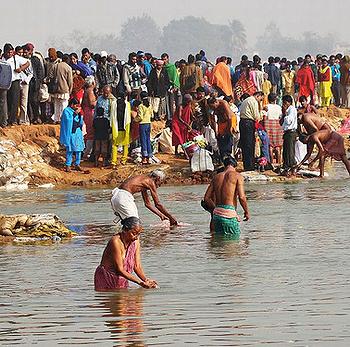 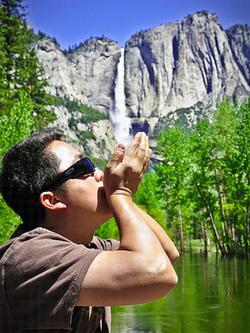 "We have a new energy source from rain with a piezoelectric effect with this project," Dag said at the award ceremony held Tuesday night as part of World Water Week. "I hope that my work will contribute to the development of the next generation of energy panels where rain, sun, and wind are combined."

Piezoelectricity is the ability of some materials to generate an electric potential when mechanical stress, such as the impact of a raindrop, is applied.

Water issues are the planet's top environmental problem, ahead of air pollution, depletion of natural resources, loss of habitat and climate change, according to a public opinion poll of 15,000 people in 15 countries released in Stockholm as part of World Water Week.

Pollsters did in depth surveys of 500 people in each of seven countries - Canada, China, India, Mexico, Russia, the United Kingdom and the United States.

In all those countries, more than half of those surveyed agree that government is responsible for ensuring clean water. When asked whether individual citizens are responsible, responses vary widely by country, from a high of 76 percent in Mexico to a low of 30 percent in China.

To develop global standards for freshwater stewardship, the conservation organization WWF and other nongovernmental, research and business partners Tuesday announced the formation of a Global Water Roundtable.

While the Roundtable's first focus will be a series of meetings with stakeholders around the world to set standards for responsible environmental and social water use and accountability, WWF says the initiative could lead to certification for responsible water use.

The Stockholm International Water Institute offers statistics that underline the urgency of finding solutions to the global water crisis.

Of all the water on Earth, 97 percent is salt water. Of the remaining three percent fresh water, some 70 percent is frozen in the polar icecaps. The other 30 percent is mostly present as soil moisture or lies in underground aquifers.

Less than one percent of the world's fresh water is readily accessible for direct human uses. Of that one percent, agriculture uses 70 percent, industry uses 22 percent, and eight percent is used by households.

A child born in the developed world consumes 30 to 50 times as much water as a child in the developing world. And with rapid population growth, water withdrawals have tripled over the last 50 years.

To ensure our basic needs, we all need 20 to 50 liters (five to 13 gallons) of clean water every day.