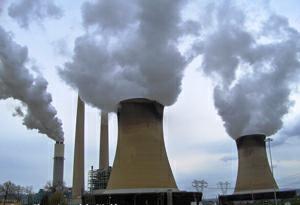 President Barack Obama will travel to Copenhagen on December 9 to participate in the United Nations Climate Change Conference, the White House announced today.

For the first time, President Obama has given a numerical figure for a U.S. greenhouse gas emissions reduction target. It will be "in the range of 17 percent below 2005 levels in 2020 and ultimately in line with final U.S. energy and climate legislation," the White House said.

The President is working closely with Congress to pass energy and climate legislation as soon as possible, the White House said. The House passed its version of a climate bill in June. The Senate will consider its bill in the spring.

The White House qualified the 17 percent emissions reduction target by saying that it is tabled, "in the context of an overall deal in Copenhagen that includes robust mitigation contributions from China and the other emerging economies."

The G8 nations and major economies have agreed to attempt to prevent global warming from reaching dangerous levels of more than 2 celsius above the pre-industrial temperature, or around 1.2 above today's level. Scientific evidence shows that this requires global emissions of greenhouse gases to peak before 2020 and then be cut by at least 50 percent of their 1990 levels by 2050.

The newly announced U.S. 17 percent target is lower than those announced by other governments. The European Union has pegged its target at 20 percent and said that could be raised to 30 percent if other nations go higher too. Japan has announced the goal of cutting emissions 25 percent by 2020 but said last month it could back away from that goal if an international climate change deal at Copenhagen is not achieved.

Russian President Dmitry Medvedev told an EU-Russian summit Friday that Russia would increase its emission reduction target for 2020 from a 10-to-15 percent cut below 1990 levels to a 22-to-25 percent cut.