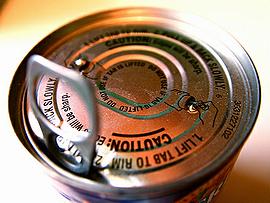 EU Environment ministers meeting in Brussels today expressed concerns that the health of Europeans and the environment may not be well protected from the combined effects of multiple toxic chemicals, particularly those that can disrupt hormones. Yet, they have decided to postpone taking any action to reduce exposure until a report by the European Commission is completed next year.

In a statement following their meeting, the ministers acknowledged that "human beings, animals and plants are exposed to many different chemicals from different sources and pathways, and that recent studies indicate that combination effects of these chemicals, including reproductive toxicity and other adverse effects from endocrine disrupters, can have serious negative implications for human health and the environment."

The environment ministers said they are concerned by the results of a study by the Danish Environmental Protection Agency concluding that there are situations in which exposure to multiple chemicals is of concern, illustrated by children's simultaneous exposure to several endocrine disrupting substances in everyday life. Endocrine disrupters, also called hormone disrupters, simulate the action of the female sex hormone estrogen.

The ministers emphasized that "further action in the field of chemicals policy, research and assessment methods to address combination effects of chemicals is required," noting that existing EU legislation in most cases builds on a "chemical-by-chemical assessment approach."

The ministers said they are waiting for research from the European Commission to be finalised by early 2010 to examine the scientific basis for assessing the risks due to combination effects of exposure to multiple chemicals.

They are also waiting for a Commission report on the implementation of the Community Strategy for endocrine disrupters and also for a review of the EU Action Plan on Environment and Health, both expected sometime in 2010.

Environment, health, women's and consumer organizations said they welcome the ministers' recognition of the risks of the so-called "cocktail effects" of multiple chemical exposures. But they warn that what is really needed are "urgent measures to reduce exposure to hazardous chemicals from various sources and their substitution with safer alternatives."

Hormone-disrupting chemicals include some phthalates, which are softeners used in PVC plastic products such as flooring and shoes, and bisphenol-A, widely used to make hard clear plastic such as baby bottles, tin can linings and DVDs.

With one in five young men in several EU countries now estimated to have impaired fertility, the groups also point to recent studies showing that chemicals with hormone disrupting properties are suspected of playing a role in birth defects, the increasing rates of testicular cancer and the decline in sperm counts.

The groups are urging the European Commission to prepare concrete amendments to deal with the combination effects of chemicals in existing EU legislation, in particular REACH, the EU chemicals law - the acronym stands for Registration, Evaluation, Authorization and Restriction of Chemicals.