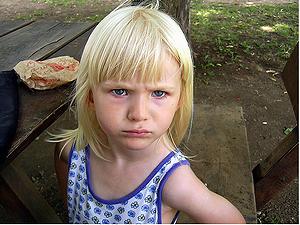 Exposure in the womb to bisphenol A, a chemical used to make plastic containers and to line cans of food, is associated with behavior and emotional problems in young girls, new research has shown for the first time.

The study was led by researchers at Harvard School of Public Health, Cincinnati Children's Hospital and Medical Center, and Simon Fraser University in Vancouver, British Columbia.

BPA is found in many consumer products, including canned food linings, polycarbonate plastics, dental sealants, and some cash register receipts made from thermal paper.

Most people living in industrialized nations are exposed to BPA. The chemical has been shown to interfere with normal development in animals and has been linked with cardiovascular disease and diabetes in people.

In a 2009 study, researchers with the Harvard School of Public Health showed that drinking from clear plastic polycarbonate bottles increased the level of urinary BPA.

In this study, published today in an advance online edition of the journal "Pediatrics," lead author Joe Braun, research fellow in environmental health at HSPH, and his colleagues found that gestational BPA exposure was associated with more behavioral problems at age three, especially in girls.

The researchers collected data from 244 mothers and their three-year-old children in the Health Outcomes and Measures of the Environment Study, conducted in the Cincinnati area.

"None of the children had clinically abnormal behavior, but some children had more behavior problems than others. Thus, we examined the relationship between the mom's and children's BPA concentrations and the different behaviors," Braun said.

The researchers found that maternal BPA concentrations were similar between the first sample and birth. The children's BPA levels decreased from ages one to three, but were higher and more variable than that of their mothers.

After adjusting for possible contributing factors, increasing gestational BPA concentrations were associated with more hyperactive, aggressive, anxious, and depressed behavior and poorer emotional control and inhibition in the girls. This relationship was not seen in the boys.

The study confirms two previous studies showing that exposure to BPA in the womb impacts child behavior, but is the first to show that in utero exposures are more important than exposures during childhood, Braun said.

"Gestational, but not childhood BPA exposures, may impact neurobehavioral function, and girls appear to be more sensitive to BPA than boys," he said.

Although more research is needed to fully understand the health effects of BPA exposure, clinicians can advise those concerned to reduce their BPA exposure by avoiding canned and packaged foods, thermal paper sales receipts, and polycarbonate bottles with the number 7 recycling symbol, the authors wrote.

Bruce Lanphear of Simon Fraser University was senior author of the study. On October 19, Lanphear received the "Sterling Prize in Support of Controversy."

"I didn't actually start out wanting to be a researcher," says Lanphear, an epidemiologist and father of three daughters. "I wanted to make a difference to public health. I wanted to help shape policy."

The BPA study was funded in part by the National Institute of Environmental Health Sciences and the U.S. Environmental Protection Agency.