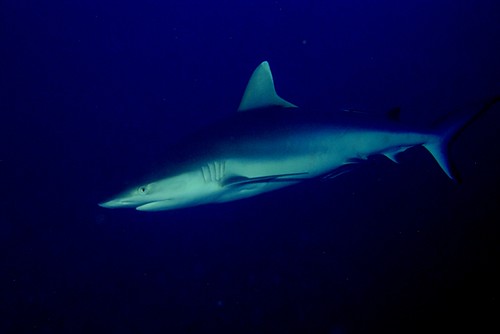 The New York-based Wildlife Conservation Society has assisted the Government of Madagascar to create the country’s first marine sanctuary for sharks as part of a new law to safeguard the country’s marine resources and the communities that rely on them.

At a news conference held in the capital Antananarivo February 2, government officials announced the law establishing a shark sanctuary in Antongil Bay while granting coastal communities exclusive use and management rights for local fishing areas.

The new shark sanctuary is inhabited by 19 species of sharks. A third of these species, including the great hammerhead shark and the zebra shark, are now threatened by unregulated fishing.

The Wildlife Conservation Society has been working in Madagascar for over two decades, a partnership that resulted in the new shark sanctuary.

Alison Clausen, country director of the WCS Madagascar Program, said, “Long-term strategic alliances and partnerships forged with local communities, government agencies such as the Ministry of Marine Resources and Fisheries, and stakeholders during two decades of field presence of WCS investing in wildlife protection and sustainable natural resources management in Antongil Bay is key to this success.”

Madagascar’s local fisheries provide livelihoods and food security for hundreds of thousands of some of the poorest coastal communities in the world. The new law will facilitate a system of co-management between communities, fishers, and government to manage their local fish populations.

The new law legally empowers local communities to manage nearshore fishing grounds through a growing network of locally managed marine areas (LMMAs), 25 of which have already been established with the support of WCS.

The regulations of these areas, including no-take marine reserves and temporary closures, are locally designed and enforced.

By securing management and use rights of LMMAs for local communities for the first time in Madagascar, the law aims to transform marine resources from open access areas that typically result in short-term exploitation at the expense of long-term sustainability to exclusive access for local fishers, who can reap the benefits of managing their own marine resources.

The law also establishes collaborative arrangements between artisanal and industrial fishers, civil society, and government to work together on the sustainable management of fisheries in Antongil Bay.

Venor Rason is a local fisherman and president of the community association managing the LMMA of Analanjahana in the southern part of Antongil Bay. “It will help us manage sustainably our marine resources by limiting the number of small-scale and industrial fishers allowed to fish in the bay and by delivering fishing licenses to local professional fishers.”