The Government of Nauru is pleased to announce that it has issued a blanket ban on all transhipments in our waters outside our port, following a Greenpeace bust of an illegal operation.

The move will help to end the laundering of fish and bring huge economic benefits to our people.

Last week the Greenpeace ship Rainbow Warrior came across Taiwanese tuna longliner Shuen De Ching No.888, which appeared to be fishing without permission, in the high seas pocket that borders Nauru's EEZ.

On board the vessel, Greenpeace activists uncovered sacks containing 75 kilograms of shark fins from at least 42 sharks. Under Taiwanese law and Pacific fishing rules, shark fins may not exceed 5% of the weight of the shark catch, and with only three shark carcasses reported in the log book, the vessel was in clear violation of both.
As one of the countries that border the high seas, we also regularly observe longliners in the high seas acting suspiciously and intruding on our borders. These seas act like a safe haven for pirate boats, and transhipment allows them to stay at sea even longer, and launder fish out of the area. This has economic implications for Nauru and other Pacific Island countries.

Although more than 70% of the world’s tuna comes from the Pacific, only 20% of that is caught by Pacific Island fleets. And while purse seine license fees are an important source of revenue to many Pacific nations including Nauru, a significant proportion of the distant water longline fleets in the region fish on the high seas only, contributing little or nothing to local economies despite taking the most valuable fish from Pacific waters.

Government spokesperson Charleston Deiye, CEO of NFMRA says today’s move to ban transhipment in the Nauru EEZ will go a long way towards putting Pacific Island fisheries back in action. He says we are standing in solidarity with other Pacific countries that have already banned transhipment in their waters in an effort to bring longline fleets under the same control as purse seiners, which are only allowed to transfer their catches in port.

Transhipment involves longline boats transferring their catch to reefers, commonly called motherships, to be taken off overseas, and it’s one of the major causes of overfishing in Pacific waters.

The practice allows the longline fishing boats to stay out at sea fishing for tuna - sometimes for years at a time - without having to go back to land.

"Overfishing is the single biggest threat to the world’s largest tuna fisheries, and our residents have been feeling the pinch more sharply over the last few years. We can see that there are less fish for us because many of these unregulated foreign fishing vessels are taking more than their fair share and then selling it into international markets," Deiye says.

"They're putting the fishing industry out of business. We must protect our waters and our economy." 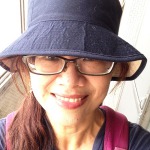