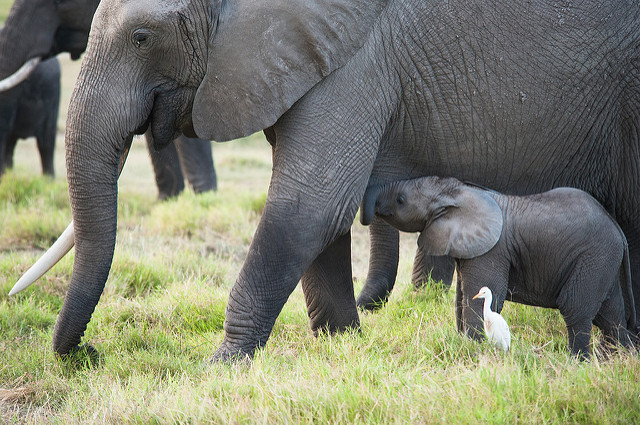 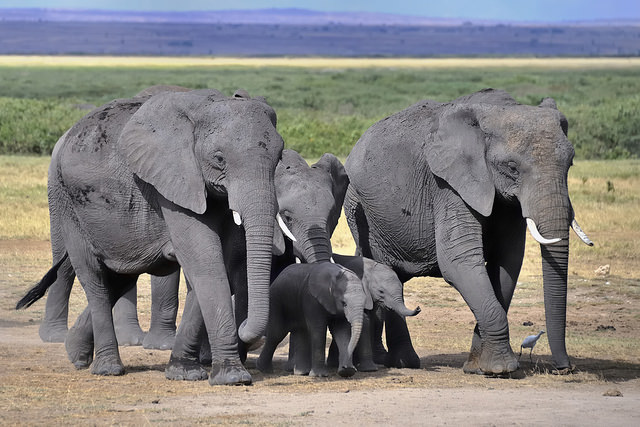 The ongoing poaching of the oldest and wisest female forest elephants could cause cascading harmful effects on the integrity of entire rainforest ecosystems, new research shows. These “ecosystem engineers” maintain the habitats on which many other plant and animal species depend .

Scientists working with the Wildlife Conservation Society, the University of Stirling, and the Amboseli Trust for Elephants warn that the present high levels of “poaching forest elephants will result in a loss of the oldest, wisest matriarchs, who are living libraries of their vast rainforest domain.”

The oldest females guide and teach their young where to go for food and minerals, what to eat, how to process tricky foods, and how to avoid danger. Without these mothers, forest elephant social lives and their understanding of their ecosystem will be lost, the scientists conclude in a new online article in the journal “Conservation Biology.”

“We’ve been aware of the catastrophic decline of forest elephants since 2013,” said WCS conservationist Dr. Thomas Breuer, lead author of the essay. “But, as with savannah elephants, the impacts are greatest when we lose the matriarchs.”

Scientists conducting long-term studies on savannah elephants have documented many, and long-lasting, effects of poaching and other human disruptions on their behavior.

Savannah elephants exposed to poaching become more nocturnal and more skittish outside of the protected areas, where more and more elephants crowd together, say the scientists. The forests there become degraded as many more elephants graze and browse on the foliage.

The loss to poachers of older individuals, both male and female, destabilizes the population socially and robs other elephants of the survival skills of the most experienced members, the scientists conclude.

Breuer and his co-authors say forest elephants are probably experiencing, and causing, the same behavioral and ecological changes in their ecosystems as savannah elephants.

Forest elephants disperse the seeds of many plant and tree species, maintain trail systems and natural forest clearings, and distribute and renew soil nutrients across enormous areas. Their role as ecosystem engineers maintains the habitats on which many other plant and animal species depend.

Since 1972, the Amboseli Elephant Research Project has monitored the Amboseli Park elephants, identifying all the individuals in the population and gathering data on births, deaths and behavior.

Today Moss’s work is the world’s longest-running study of wild elephants, documenting the lives and deaths of almost 3,000 elephants. The Amboseli Elephant Research Project is now a hub for research collaboration and training.

One of the of the longest-studied populations of free-living large mammals in the world, the AERP is a critical source for baseline data on elephants.

The elephant population in Amboseli National Park is one of the few that has been able to live relatively undisturbed in natural conditions. This rare situation is due to the presence of researchers and tourists in the park, and the support of the local Maasai people.

In the absence of poaching and culling, the Amboseli elephant population has been increasing slowly since the late 1970s. Amboseli is, therefore, one of the few places in Africa where the elephant age structure has not been drastically skewed and the population spans the whole range from newborn calves to old matriarchs in their 60s.