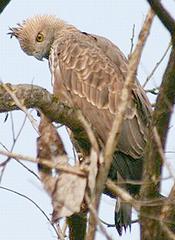 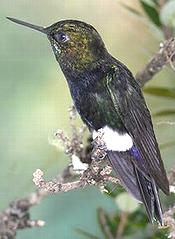 Nine more bird species have been added this year to the list of Critically Endangered birds that face an extremely high risk of extinction in the wild, according to the latest annual evaluation of the world's birds, released today.

Conducted by BirdLife International for the IUCN Red List of Threatened Species, the assessment now lists 192 species of birds as Critically Endangered, the highest threat category.

At the same time, six bird species that had been considered Critically Endangered have been downlisted to Endangered, a lower category of threat.

BirdLife International scientists found that 1,227 species, 12 percent of the world's birds, are classified as globally threatened with extinction to some degree.

"It extremely worrying that the number of Critically Endangered birds on the IUCN Red List continues to increase, despite successful conservation initiatives around the world," says Simon Stuart, who chairs the IUCN's Species Survival Commission.

"Across Africa, widespread birds of prey are also disappearing at an alarming rate, and emblematic species such as bateleur, Terathopius ecaudatus, and martial eagle, Polemaetus bellicosus, have been placed in a higher category of threat as a result," said Jez Bird, BirdLife's Global Species Program officer. "These declines are mirrored in many species, in every continent."

Rare birds are becoming rarer and common birds are becoming less common, this year's assessment found. In eastern North America, the chimney swift, Chaetura pelagica, is disappearing following continent-wide declines of nearly 30 percent in the last decade. This common species has been reclassified from Least Concern to Near Threatened.

The good news is that when conservation actions are taken, species can be saved, BirdLife officials say.

"In global terms, things continue to get worse, but there are some real conservation success stories this year to give us hope and point the way forward," says Dr. Leon Bennun, BirdLife's Director of Science and Policy.

"What the changes in this year's IUCN Red List tell us is that we can still turn things around for these species," Dr. Stuart Butchart, BirdLife's global research and indicators coordinator said. "There just has to be the will to act."