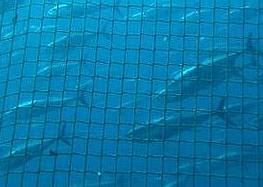 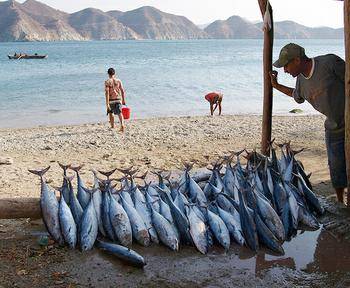 Declining populations of tunas received conservation support from countries bordering the Atlantic Ocean and the Pacific Ocean this week as governments realize how much damage overfishing has done to the world's tuna stocks.

The Principality of Monaco was first to communicate its willingness to sponsor a proposal to ban international trade in Atlantic bluefin tuna, and has this week launched a formal CITES consultation process to seek the support of other range States.

Northern Bluefin Tuna is found in the North Atlantic and Mediterranean and the species is in trouble.

Contributing to the species' steep decline are the huge overcapacity of fishing fleets, catches that far exceed legal quotas, pirate fishing, the use of illegal spotting planes to chase tuna, under-reporting of catch, fishing during the closed season, management measures that disregard scientific advice - all driven by the insatiable appetite of the world's luxury seafood markets where Northern Bluefin Tuna fetches record prices.

On the other side of the world, hope for the future of the tuna stocks in the Eastern Pacific was raised when the Colombian government agreed to support an annual two month ban on tuna fishing.

Colombia was the last of the 16 nations that make up the IATTC to endorse the measures proposed at the meeting of the Commission in June. The group is made up of 10 Latin American nations and the United States, Japan, Spain, South Korea, France and Vanuatu.

Studies carried out by the IATTC showed a rapid deterioration of tuna populations in the Eastern Pacific Ocean - particularly bigeye - and data from the United Nations Food and Agriculture Organization states that yellowfin tuna has been "fully exploited" in the Atlantic and the Pacific Oceans, meaning that stocks are seriously depleted.

"We now need to urge the Western and Central Pacific Fisheries Commission to adopt conservation measures for the tuna stocks in that region," Fabio Arjona from Conservation International-Colombia said, "and in particular, the shared stocks of migratory tuna in the Pacific Ocean."