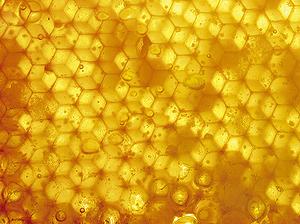 A microscopic pathogen and pesticides embedded in old honeycombs are two major contributors to the bee disease known as colony collapse disorder, which has wiped out thousands of beehives throughout the United States and Europe over the past three years, new research at Washington State University has confirmed.

Working on the project funded in part by regional beekeepers and WSU's Agricultural Research Center, entomology professor Steve Sheppard and his team have narrowed the list of potential causes for colony collapse disorder.

"One of the first things we looked at was the pesticide levels in the wax of older honeycombs," Sheppard said. Using combs contributed by U.S. Department of Agriculture, Sheppard found "fairly high levels of pesticide residue."

Bees raised in those hives "had significantly reduced longevity," he said.

One easy solution is for beekeepers to change honeycombs more often. In Europe, for example, apiarists change combs every three years.

Unlike other diseases that have plagued bees in the past, colony collapse disorder does not kill bees within the hive. It leaves a hive with a few newly hatched adults, a queen and plenty of food.

Another aspect of Sheppard's work, which is being conducted by graduate student Matthew Smart, focuses on the impact of a microsporidian pathogen known as Nosema ceranae, which attacks bees' ability to process food.

Beekeepers have considered it to be "the smoking gun" behind colony collapse disorder.

"Nosema ceranae was only recently described in the U.S., the first time in 2007," Sheppard said. "But while no one really noticed, it has spread throughout the country."

Beekeeper Eric Olson of Yakima, Washington said he treated a hive with a mega-dose of the antibiotic fumagillin. "That should have cause the Nosema to either disappear or at least go down," he said, "but the levels went up."

"What it basically does is it causes bees to get immune-deficiency disorder. So it's actually causing the bees to almost get a version of HIV," said Mark Pitcher, president of Babe's Honey and the biggest beekeeper in Saanich on Canada's Vancouver Island.

Pitcher told the "Saanich News" that once the bees' immune systems are compromised, they become susceptible to dying from a wide range of causes, including chemicals once used to protect the bees from parasites such as varroa mites.