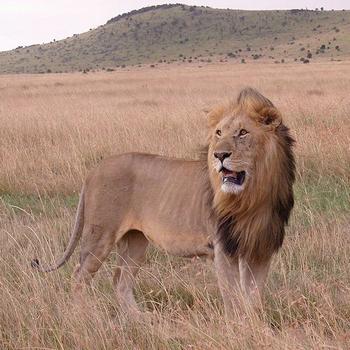 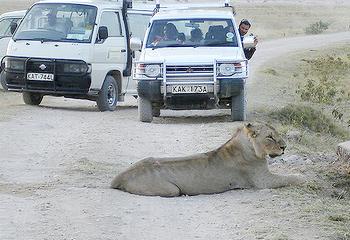 Kenya could lose all its lions in the next 20 years if the current rate of decline continues unless urgent and decisive measures are taken, the Kenya Wildlife Service warned today.

World famous for its wildlife, Kenya now has 2,000 lions in seven national parks and conservation areas, but the lion population has been declining by an average of 100 animals per year for the past seven years.

The first KWS chairman, conservationist Dr. Richard Leakey, who now chairs the nonprofit Wildlife Direct, says lions are dying from ingesting animal carcasses laced with toxic carbofuran pesticide. Carbofuran has become known in rural communities in Kenya as an easy way to get rid of predators, Leakey told the BBC. He is lobbying government agencies to ban the pesticide.

To reverse this trend, Kenya Wildlife Service is drafting a comprehensive national lion conservation and management strategy to be launched in September, Udoto says.

A 12-member team of KWS scientists is in Amboseli National Park this week to replace movement tracking devices on two lions. The two collars were among five devices fitted on Amboseli lions in July 2007 in order to monitor their movements and understand human-lion conflict in the Amboseli ecosystem.

For the last two years, KWS scientists collected data on the five lions' movement patterns until the two collars expired and have stopped transmitting data.

The lion is one of the Big Five animals that visitors come to Kenya from all over the world to see. Tourism accounts for 10 percent of Kenya's Gross Domestic Product, making it the third largest contributor to the country's GDP after agriculture and manufacturing. In 2007, about two million visitors entered the country, up from 1.6 million arrivals in 2006.

The Kenya Ministry of Tourism says a thriving visitor industry provides encouragement for environmental conservation because of its value as a resource base for the industry.

Recent studies suggest that lion populations across Africa may have decreased nearly 90 percent in just one decade, with fewer than 20,000 remaining in just a handful of countries, according to the nonprofit Lion Conservation fund, based in the United States, which supports the Centre for Lion Conservation and Research in Kenya.