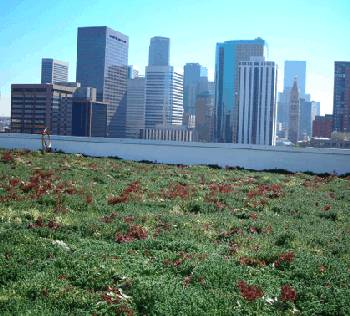 The White House today opened a two-week window for federal employees to suggest their own clean energy and green ideas and vote on the ideas of others.

The ideas that receive the most votes by October 31, 2009 on the GreenGov challenge at www.WhiteHouse.gov/GreenGov will be presented to the Steering Committee on Federal Sustainability.

This group of senior officials from a variety of federal agencies is responsible for delivering each agency's sustainability plan under President Barack Obama's Executive Order on Federal Sustainability (EO 13514) signed October 5.

The Federal government is the largest energy consumer in the U.S. economy, and as a result, has the largest carbon footprint.

To reduce this carbon footprint, the Executive Order requires federal agencies to set their own targets to measure, manage, and reduce greenhouse gas emissions by fiscal year 2020, relative to a fiscal year 2008 baseline.

Agency targets must be set and reported to the President by the chair of the White House Council on Environmental Quality by January 2, 2010.

"The goal of the tool is to harness the collective wisdom of the more than 1.8 million civilian employees and our men and women in uniform," said Nancy Sutley, who chairs the Council on Environmental Quality.

All visitors to the website will be able to view and explore ideas submitted through the site but only those with federal email addresses can log on and submit their own clean energy and green government ideas, and vote on others.

To start the ball rolling, Sutley posted her own suggestion, saying, "To promote mass transit use and reduce carbon emissions, I think all agencies should include public transit information on their websites."

Other suggestions include replacing all incandescent light bulbs with compact fluorescents, installing solar panels on the roofs of all government buildings, and allowing government employees and contractors to work from home.

The federal government occupies nearly 500,000 buildings, operates more than 600,000 vehicles, employs more than 1.8 million civilians, and purchases more than $500 billion per year in goods and services.

Executive Order 13514 also requires federal government agencies to meet a water efficiency target of 26 percent improvement by 2020, and a target of 50 percent recycling and waste diversion by 2015. The GreenGov challenge is encouraging suggestions in these areas too.

The GreenGov challenge runs through October 31, 2009.