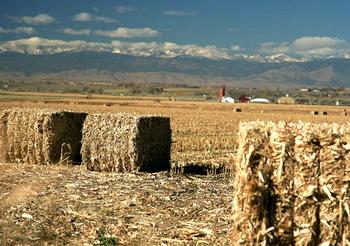 President Barack Obama has moved to increase America's renewable fuels production, turn biomass into bioenergy, and capture and store the greenhouse gases produced by coal-burning power plants. At the same time, the administration released the first report of the Biofuels Interagency Working Group showing that the country is falling short of biofuel production targets mandated by the Energy Independence and Security Act of 2007.

At a meeting with a bipartisan group of governors at the White House Wednesday, the President said these three measures will work in tandem to boost biofuels production, reduce America's dependence on foreign oil, foster new industries and create millions of jobs.

President Obama said the country will benefit from taking these steps now without waiting for Congress to pass a clean energy and climate bill. The House of Representatives passed its bill, the Waxman-Markey bill, last June, but a companion bill is still pending in the Senate.

Last May, President Obama established the Biofuels Interagency Working Group to develop a comprehensive approach to accelerating the investment in and production of American biofuels and reducing dependence on fossil fuels. On Wednesday, the Working Group released its first report, "Growing America's Fuel," a new U.S. Government strategy for meeting or beating the country's biofuel targets. Click here to read the full report:

The report blames the global economic downturn for the lack of sufficient progress, saying, "The recession has raised significant barriers to private sector capital financing and investment in new biofuels production."