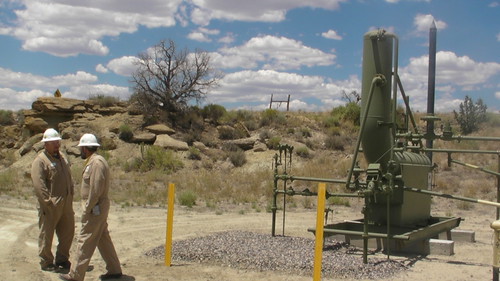 The Obama Administration today issued a strategy to reduce methane emissions from landfills, coal mining, and agriculture, and oil and gas systems as part of the President’s Climate Action Plan, announced last June.

The main component of natural gas, methane is a greenhouse gas that is 21 times more potent than carbon dioxide.

The strategy commits to new steps to cut methane emissions and outlines the administration’s efforts to improve the measurement of these emissions.

It relies on what the White House calls “cost-effective voluntary actions and common-sense standards.”

In the summer of 2014, the U.S. EPA will propose updated standards to reduce methane from new landfills and take public comment on whether to update standards for existing landfills.

In April 2014, the Bureau of Land Management will begin the rulemaking process to implement a program for the capture and sale, or disposal of waste mine methane on lands leased by the federal government.

In June, in partnership with the dairy industry, three federal agencies will jointly release a “Biogas Roadmap” outlining voluntary strategies to accelerate adoption of methane digesters and other cost-effective technologies to reduce U.S. dairy sector greenhouse gas emissions by 25 percent by 2020. The U.S. Department of Agriculture, the Department of Energy and the EPA are collaborating on this effort.

Three actions will affect the oil and gas industry.

This year, the BLM will propose updated standards to reduce venting and flaring from oil and gas production on public lands.

This spring, EPA will assess sources of methane and other emissions from the oil and gas sector. EPA will solicit input from independent experts through a series of technical white papers, and in the fall of 2014, the agency will determine how best to pursue methane reductions from these sources. If EPA decides to develop additional regulations, it will complete those regulations by the end of 2016.

As part of the Quadrennial Energy Review, and through DOE-convened roundtables, the administration will identify “downstream” methane reduction opportunities. Through the Natural Gas STAR program, EPA will work with the industry to expand voluntary efforts to reduce methane emissions.

Taking action to curb methane waste and pollution is important because emissions of methane make up nearly nine percent of all the greenhouse gases emitted as a result of human activity in the United States.