The world is facing a mass extinction of species.  All species of mammals, birds, reptiles, amphibians, arthropods (insects and arachnids), fish, crustaceans, corals and other cnidarians, and plants have declined, in many cases, severely. Human civilization has had a negative impact on most living things.

We are amidst the largest period of species extinction in the last 60 million years. Normally, between one and five species will go extinct annually. However, scientists estimate that we are now losing species at 1,000 to 10,000 times the normal rate, with multiple extinctions daily. Multiple species will disappear before we learn about them or the benefits they bring to our planet. [1]

A new study has suggested that insect populations have decreased by more than 75% in Germany over the last 28 years. This is very alarming: 80% of wild plants rely on bees and other insects for pollination, and 60% of bird species rely on insects for food. [2]

Habitat destruction, exploitation, and climate change are driving the loss of half of the world's wild animal population. [3]

In the past 20 years, around 75% of all toothed whale species, such as dolphins, porpoises, and 65% of baleen whale species (humpback, blue), and 65% of pinniped species (sea lions) have been affected through bycatch in fishing operations globally. [6]

40% of the world's bird species are in decline, and 1 in 8 is threatened with global extinction. [7]

Our big cats, including tigers, leopards, and cheetahs are in critical decline, and many will become extinct in the next decade. The world's cats are exploited for their body parts and skins. China remains the world's largest market for these critically endangered species along with the black rhino and other species. [8]

Lizard populations are especially vulnerable to climate change. A recent study projects that if the current decline in lizard populations continues, 40% of all lizard species will be extinct by 2080. [9]

The American Bison once numbered in the millions and roamed from Alaska to Mexico. They now occupy less than one percent of their original habitat. Their existing habitat is so small and tightly controlled that surviving bison have been compared to herded cattle. [10] 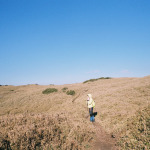