The countries around the Caspian Sea must adopt a common policy to clamp down on poaching and reduce environmental damage if they are protect sturgeon stocks, but effective cooperation is still a long way off, say analysts from NBCentralAsia, a network of journalists from across the region.

Representatives from the Caspian states agreed to work out a new quota distribution system for sturgeon fishing during a regular meeting of the Commission on the Biological Resources of the Caspian Sea held on August 11 in Ashgabat.

Turkmenistan, Kazakhstan, Azerbaijan, Russia and Iran all border the Caspian Sea, and catch various species of sturgeon for their flesh and caviar. Up to 90 percent of the world's black caviar comes from the Caspian region.

The current system, which excludes Iran, allots fishing quotas according to the contribution each state makes to replenishing stocks. Russia's quota is 70 percent, Kazakstan's is 18 percent and Turkmenistan and Azerbaijan have around six percent each. Iran's catch is not included in these percentages, although Iran is responsible for more than half the Caspian's caviar production.

The new system would involve Iran, too, and would incorporate added criteria such as the efforts each country puts into tackling poachers and limiting environmental damage to marine life and coastal areas.

Iran called for reduction of sturgeon fishing in the Caspian Sea to protect the fish stocks, said Iranian Deputy Minister of Agriculture and head of the Fishery Organization Sha'ban-Ali Nezami, who was in Ashgabat for the meeting. Iran prefers raising sturgeon by aquaculture, he said.

Even though the quota system is designed to preserve stocks, poachers still account for at least 70 percent of the total catch. The Convention on International Trade in Endangered Species, CITES, says that large numbers of sturgeon are dying because of oil pollution from industry.

NBCentralAsia experts say that the Caspian countries urgently need to adopt a strict common policy on poaching and environmental damage. But for this to work properly, they will need to resolve their long-running dispute over ownership of the sea. 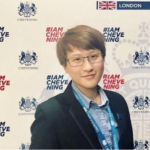