Severe drought has been identified as the main cause of the fire that consumed three hectares of the Maciço da Pedra Branca forest in Rio de Janeiro state in one September day. In that same week, 170 other fire points were seen along the forests and conservation parks of the state of Rio de Janeiro. Fire officials said lack of environmental responsibility is to blame for these fires, many of them caused by human beings.

Local plant and animal biodiversity have been damaged, although no human injuries were reported despite the lack of resources from the state fire brigade that pressed their two helicopters to the maximum, as their one and only fireplane was broken.

In the state of Minas Gerais in September, more than 400 hundred points of fire were detected. For instance, almost 1,000 hectares were destroyed on less than two months at the Parque do Rola Moça.

But neither the drought nor the 20 percent humidity level in the Cerrado region have prevented farmers from setting fire to their properties. Fire was detected in a 2.2 hectare area at the National Park of Brasilia, almost certainly caused by a small farmer wanting to "clean" his property with fire.

Setting fire to the land could be seen as a lack of environmental awareness. But fires also can be used as a way to increase agricultural land. In the Amazon state of Para, for instance, more than 700 hectares burned in September in the Carajás forest.

As a result of the practice of deliberately setting fires for land-clearing, very common in Brazil, areas of the region are still burning. Wild animals, plants, even cattle, all become ashes. Trees burn for days, blazing away in the wild. No fire planes nor fire brigades are available to fight fires in vast regions of the country.

The Cerrado, stretching across 21 percent of Brazil, is the largest woodland-savanna in South America. With its long dry season, it supports drought and fire adapted plant species and bird species found nowhere else.

Large mammals such as the giant anteater, giant armadillo, jaguar and maned wolf still survive in the Cerrado but are competing with the rapid expansion of Brazil's agricultural frontier, especially soy, corn and livestock.

In 2003, the highest deforestation rates ever were recorded in the region as the result of land clearing of the Amazon forest in favor of soy and cattle exports.

The practices of large agricultural operations are then paralleled by small farmers, and there are more and more small farmers due to the increasing distribution of land in Amazonia by federal authorities. The subsequent burning may explain why deforestation rates in the region remain higher than those verified in the 1990s. 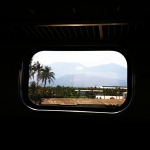