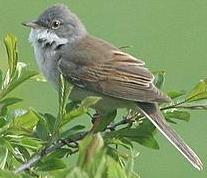 A network of wildlife conservation areas across Africa will be vital in helping to save up to 90 percent of bird species on the African continent affected by climate change, according to new research released today.

Led by biologists at Durham University, the computer modeling study probed the effects of "moderate" climate change on 815 bird species of conservation concern in sub-Saharan Africa and on the network of sites designated for them, known as Important Bird Areas.

The findings suggest that it is up to African legislators to protect ecosystems that can serve as what the scientists call "green corridors" to help wildlife find new, more comfortable areas when their habitat heats up. More than 40 percent of African Important Bird Areas lack any form of legal protection under national or international law.

"Important Bird Areas will provide new habitats for birds that are forced to move as temperatures and rainfall change and food sources become scarce in the areas where they currently occur," said Dr. Stephen Willis from the School of Biological and Biomedical Sciences at Durham.

Published in the journal "Ecology Letters," the study found that over the next 75 years, climate change will affect the species of some regions more than others.

"The central regions of Africa should maintain many of their current species as long as the protected areas remain intact," Willis said. "By contrast, areas of the Afrotropical Highlands, which occur in countries such as Cameroon, South Africa and Ethiopia, will see enormous change with more than 40 percent of species leaving."

The researchers looked at a network of 863 Important Bird Areas across 42 countries and territories covering around two million square kilometers (1.3 million square miles), about seven percent of the African continent.

The sites are identified as being critical for the conservation of bird species that are globally threatened, restricted in range or to particular environmental conditions.

"The results show that 90 percent of priority species in Africa will find suitable climate somewhere in the network of protected areas in future. However, one in 10 birds will have to find new places to live and breed so new sites will have to be added to the IBA network," Willis said.

The scientific team included researchers from BirdLife International and the Royal Society for the Protection of Birds, RSPB, which is the BirdLife partner in the UK and funded the research.