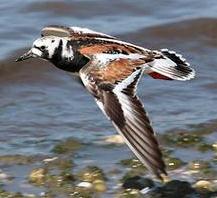 As millions of migratory birds fly north from their wintering grounds to breed in Canada this summer, conservation nonprofit Nature Canada has announced that natural gas giant TransCanada Corporation will support an initiative to protect important bird habitaft across the country.

TransCanada Corporation has committed C$1 million over the next five years as a national sponsor of the Canadian Important Bird Area Caretakers Network. The nationwide initiative will establish a volunteer network of caretakers who will watch over and protect Important Bird Areas in their communities.

There are 597 Important Bird Areas across Canada.

Nature Canada and provincial naturalist organizations met May 25-26 to formally begin the work of establishing the Important Bird Areas Caretaker Network. A public launch event is planned for the fall in Ottawa.

"Support from partners like TransCanada means there will be eyes and ears on the ground at IBAs to increase awareness and undertake conservation action," said Mara Kerry, Nature Canada's director of conservation. "This will help ensure a brighter future for birds, and help to preserve healthy ecosystems for birds, other wildlife, and people."

Canadian migratory birds are at risk. Recent population surveys suggest that for 45 species of migratory shorebirds, at least two-thirds are in decline, according to the Canadian Wildlife Service. Many species of shorebirds migrate over vast distances - as far away as Tierra del Fuego at the southern tip of South America, but when they arrive in Canada wetland drainage, pollution or disturbance on their nesting grounds may be making their lives difficult.

An Ottawa-based charity, Nature Canada is one of more than 100 conservation organizations working together as partners with BirdLife International, based in the UK, to promote sustainable living as a means to conserve biodiversity.