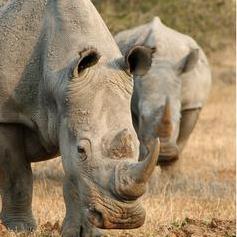 As environment ministers and other delegates from 193 countries wrangle over treaty language during the final days at the Convention on Biodiversity meeting, a new report issued at the conference demonstrates that while extinction looms for one-fifth of all vertebrate species, conservation efforts can be effective.

The report by the world's largest environmental group, the International Union for the Conservation of Nature, finds that 50 species of mammals, birds and amphibians are pushed closer to extinction each year by agricultural expansion, logging, over-exploitation and invasive alien species.

But the IUCN, which maintains the authoritative Red List of Threatened Species, says the world's species would be in even more perilous circumstances were it not for current global conservation efforts.

This is clear evidence for why we absolutely must emerge from Nagoya with a strategic plan of action to direct our efforts for biodiversity in the coming decade," said Julia Marton-Lefevre, director general of IUCN. "It is a clarion call for all of us - governments, businesses, citizens - to mobilize resources and drive the action required. Conservation does work but it needs our support, and it needs it fast!"

The IUCN study, to be published in the international journal "Science," uses data for 25,000 species from The IUCN Red List of Threatened Species, to investigate the status of the world's vertebrates and how this status has changed over time.

"The critical point from our analysis is the role that conservation plays in slowing species losses. That means we can do something about this global problem by taking concerted action at local national and regional scales," says co-author Dr. Andrew Rosenberg, senior vice president for science and knowledge at Conservation International.

"The backbone of biodiversity is being eroded," said the eminent American ecologist and writer Professor Edward O. Wilson during an address to Nagoya participants videocast from Harvard University. "One small step up the Red List is one giant leap forward towards extinction. This is just a small window on the global losses currently taking place."

Professor Wilson was speaking Sunday during a lecture at the Royal Botanical Gardens at Harvard University about the vast scope and importance of Earth's biodiversity. Rather than flying Wilson to Nagoya, the lecture was delivered live via an interactive videoconference in order to minimize the meeting's carbon footprint.

"The last frontiers of the world are effectively gone," said Wilson. "Species of plants and animals are disappearing a hundred or more times faster than before the coming of humanity, and as many as half may be gone by the end of this century."

"An Armageddon is approaching at the beginning of the third millennium," Wilson warned. "But it is not the cosmic war and fiery collapse of mankind foretold in sacred scripture. It is the wreckage of the planet by an exuberantly plentiful and ingenious humanity."

It is the job of environment ministers and other delegates gathered in Nagoya to write a new biodiversity conservation plan for the planet to stem species losses, agree upon this plan and fund its implementation.

The government of Japan has announced aid worth US$2 billion over the next three years, part of which will go to developing countries for implementation of the new biodiversity plan.

Jim Leape, WWF International Director General says his organization is looking to all donor countries to put additional funds on the table to put the new plan into action.

The stated target of world leaders in 2002 that they would greatly slow the loss of biological diversity by 2010 was missed and many species are continuing their slide towards extinction.

But there is some hope to be found in the IUCN study. While it confirms previous reports of continued losses in biodiversity, this report is the first to present clear evidence of the positive impact of conservation efforts around the globe.

"History has shown us that conservation can achieve the impossible, as anyone who knows the story of the white rhinoceros in southern Africa is aware," says Dr. Simon Stuart, who chairs IUCN's Species Survival Commission and is an author on the study. "But this is the first time we can demonstrate the aggregated positive impact of these successes on the state of the environment."

The study highlights 64 mammal, bird and amphibian species that have improved in status due to successful conservation action.

This includes three species that were extinct in the wild and have since been re-introduced back to nature: the California Condor, Gymnogyps californianus, and the black-footed ferret, Mustela nigripes, in the United States, and Przewalski's horse, Equus ferus, in Mongolia.

Conservation efforts have been particularly successful at combating invasive alien species on islands, the study shows. The global population of the Seychelles magpie-robin, Copsychus sechellarum, increased from fewer than 15 birds in 1965 to 180 in 2006 through control of introduced predators, captive-breeding and re-introduction programs.

In South America, protected areas and a combination of the Convention on International Trade in Endangered Species and the Vicuña Convention helped the vicuña, Vicugna vicugna, to recover after being hunted nearly to extinction for their wool and meat.

The IUCN points out that the global ban on commercial whaling imposed by the International Whaling Commission in 1986 has helped the humpback whale, Megaptera novaeangliae, move from being classed as Vulnerable to extinction to a status of Least Concern today.

Very few amphibians have yet shown signs of recovery, the IUCN reports, but international efforts are escalating, including a program to reintroduce the Kihansi spray toad, Nectophrynoides asperginis, back into the wild in Tanzania.

"This paper is proof that conservation is working," says Professor Jonathan Baillie, Director of Conservation Programmes at the Zoological Society of London and an author on the paper. "Now we have to scale up our efforts to match the unprecedented threats faced by the natural world."

"Failure to meet the internationally agreed 2010 target to reduce biodiversity loss does not mean that conservation efforts have been in vain, as this study demonstrates," the IUCN said in a statement issued with the report. "However, the erosion of biodiversity has reached such dangerous levels that we cannot afford to fail again. Ambitious targets are needed for 2020, and to meet them will require urgent and concerted action on a greatly expanded scale. It is time for the world's governments, meeting in Nagoya, to rise effectively to this global challenge."