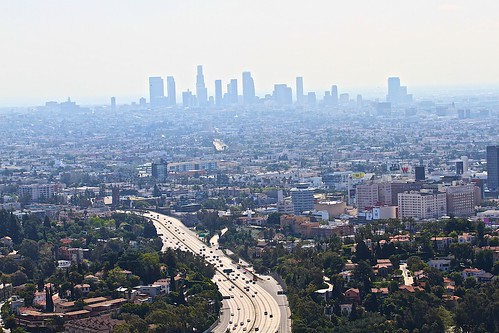 The U.S. Environmental Protection Agency is proposing to tighten air quality standards governing ground-level ozone, or smog, to within a range of 65 to 70 parts per billion (ppb) to better protect public health and the environment.

EPA last updated the health standard for smog, called the National Ambient Air Quality Standard, in 2008, setting it at 75 ppb. The Clean Air Act requires the agency to review this standard every five years, so this proposal is overdue and the agency is under a court order in a case brought by environmental groups to finalize a new standard by October 2015.

In the face of constant attacks by the incoming Republican majority in Congress and by the oil and gas industry, the agency says its proposal for a new, stricter standard is based on “extensive recent scientific evidence” about the harmful effects of ground-level ozone, including more than 1,000 new studies published since the last update.

Ground-level ozone forms in the atmosphere when emissions of nitrogen oxides and volatile organic compounds from cars, trucks, buses, industries, power plants and fumes from fuels, solvents and paints “cook” in the sun.

Studies indicate that exposure to ozone at levels even below 75 ppb can harm the respiratory system and cause or aggravate asthma and other lung diseases. Smog exposure at this level is linked to premature death from respiratory and cardiovascular diseases.

People most at risk are those with asthma, children, older adults, and those who are active or work outside. The EPA says stronger ozone standards will provide an added measure of protection for low income and minority families who are more likely to suffer from asthma or to live in communities that are overburdened by pollution. Nationally, one in 10 children has been diagnosed with asthma.

According to EPA’s analysis, strengthening the standard to a range of 65 to 70 ppb will provide much better protection for children, preventing from 320,000 to 960,000 asthma attacks and from 330,000 to one million missed school days.

But Republicans in Congress object to the proposed standards as too expensive for industry. Senator James Inhofe, an Oklahoma Republican who will chair the Senate Environment and Public Works Committee when Congress reconvenes in January, said, “EPA’s proposal to lower the Ozone National Ambient Air Quality Standard to between 65 parts per billion and 70 ppb will lower our nation’s economic competitiveness and stifle job creation for decades.”

“The EPA’s previously proposed ozone standard came with a price tag of up to $90 billion per year, by EPA’s own estimation,” said Inhofe.

EPA says that the benefits of meeting the proposed standards will far outweigh the costs.

The American Petroleum Institute, API, a national trade association representing the oil and natural gas industry, objects to the proposal as being too expensive for its memebers.

EPA will seek public comment on the proposal for 90 days following publication in the Federal Register, and the agency plans to hold three public hearings. EPA will issue final ozone standards by October 1, 2015.