Formosa Vietnam: not only the victims get no compensation for the damage but they are brutalized by the police!

Today (3/15), Vietnamese migrant workers and spouses living in Taiwan, together with Taiwan NGOs (Environmental Jurists Association, Convenants Watch and Taiwan Association for Human Rights) came to the Vietnam Economic and Cultural Office, the representative office of the Vietnamese government in Taiwan, to protest against the attitude of the Vietnamese government with the victims of the marine disaster caused by Formosa Ha Tinh Steel, in Central Vietnam. Last April the discharge from the factory of toxic pollutants in the sea caused the collapse of millions of fishes and the fishermen have not been compensated. On February 14, Catholic priest Father Nguyen Dinh Thuc led a group of fishermen to file lawsuits to the local court in Ky Anh, Ha Tinh Province were violently beaten by the police. We therefore ask the Vietnamese government to face seriously the followings:

(1) The Vietnamese government should explain why, despite the US $ 500 million paid by Formosa Plastics last July, the fishermen and local people have not obtained compensation? The situation is so drastic that many have become migrant workers in Vietnam!

(2) Is there any investigation about the violence committed by the local police on the people who were marching pacifically on February 14?

According to several Vietnamese migrant workers, they could not continue fishing as they used to do because of the pollution.  Since the mass dead fish happened, the local people either became unemployed in fear of government violence or had to become migrant workers in foreign countries as cheap labor.  Either way is the result of pollution by Formosa and negligence of government.

The Vietnamese government should respect the freedom of speech and stop the use of violence against people taking to the streets. We strongly condemn the attitude of the Vietnamese government. Not only the compensation paid by the Formosa Plastics Group is not reversed to the fishermen, once again their legitimate demand is violently repressed.

1)    It was a mistake to bring such a high-polluting industry to Vietnam. It is obviously not compatible with the activities of fishermen and other primary industries of the coastal areas. Now that they have lost their job and they have no resource.

2)    Unable to sustain a living, and by lack of any compensation, these people are now compelled to look for jobs elsewhere, as far as Taiwan, the very country that has caused their misery. But the salaries they get here is not sufficient for them to sustain their family. This shows the absurdity of environmental injustice under capital globalization!

Taiwan Association for Human Rights coordinator Yan-tong Lin said that the 3,300 hectares of land provided to Formosa by the Vietnamese government was acquired by way of forced removal of local residents. After the disaster, foreign news medias were forbidden access to the place to conduct interviews with local residents. Demonstration have been repressed, the freedom of speech is very restricted. The response of the Vietnamese government to this crisis reminds us the authoritarian period in Taiwan decades ago. The Vietnamese government should apologize, involve the public decision-making that regards their own living environment, and provide them appropriate compensation. 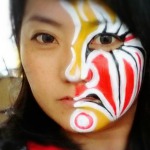