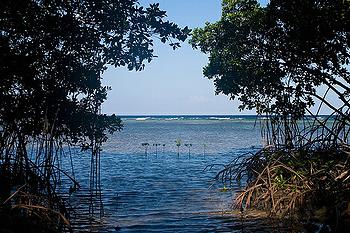 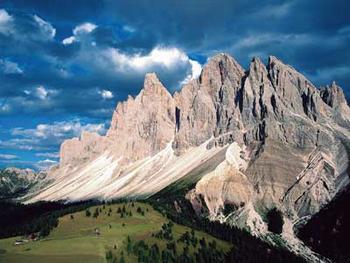 The largest barrier reef in the northern hemisphere has been placed on the List of World Heritage in Danger, and an Italian Alpine mountain range and a coastal wetland in Germany and The Netherlands have been newly inscribed for protection on the World Heritage List.

The UNESCO World Heritage Committee designated the two new natural sites of outstanding universal value and 11 cultural sites at its annual meeting that concluded in Seville, Spain earlier this week.

The committee also inscribed two natural sites on UNESCO's List of World Heritage in Danger to help raise international support for their preservation.

Belize Barrier Reef Reserve System was placed on the Danger List mainly because of the problem of mangrove cutting and excessive development in the site. This reef system was inscribed on the World Heritage List in 1996 as the largest barrier reef in the northern hemisphere, with offshore atolls, several hundred sand cays, mangrove forests, coastal lagoons and estuaries.

Los Katios National Park in Colombia was placed on the Danger List at the request of the government of Colombia so as to help mobilize international support for the preservation of the site which is threatened by illegal extraction of timber.

The Dolomites, a mountain range in the northern Italian Alps with 18 peaks which rise higher than 3,000 meters, is one of the two natural sites added to the World Heritage List this year.

The other natural site added to the list this year is the Wadden Sea in Germany and The Netherlands, encompassing the Dutch Wadden Sea Conservation Area and the German Wadden Sea National Parks of Lower Saxony and Schleswig-Holstein.

For the second time in the history of the Convention Concerning the Protection of the World Cultural and Natural Heritage adopted by UNESCO in 1972, a site was removed from the World Heritage List when the committee decided that Germany's Dresden Elbe Valley could no longer retain its status as a World Heritage site of outstanding universal value.

Since Dresden Elbe Valley was removed, the World Heritage List now numbers a total of 890 sites, including both natural and cultural properties.