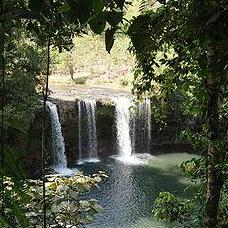 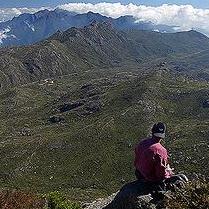 Assigning economic value to the benefits the world gets for free from nature is not easy, so today's release of the report, "Mainstreaming the Economics of Nature," by a banker who works with the UN Environment Programme has attracted a lot of attention at the Convention on Biodiversity's Conference of Parties meeting in Nagoya.
The banker, Pavan Sukhdev, a Deutsche Bank capital markets expert, heads UNEP's Green Economy Initiative.

Today he released the fourth and last in a series of reports from a three-year-long study on The Economics of Ecosystems and Biodiversity, which everyone calls TEEB.

"TEEB has documented not only the multi-trillion dollar importance to the global economy of the natural world, but the kinds of policy shifts and smart market mechanisms that can embed fresh thinking in a world beset by a rising raft of multiple challenges," said Sukhdev today in Nagoya.

"Mainstreaming the Economics of Nature," carries the message that failure of business to account for the value of natural capital, particularly in sectors such as mining, can pose major business and social risks.

For the report, the UK-based consultancy TruCost estimated that the negative impacts of the world's top 3,000 listed companies totals around US$2.2 trillion annually.

"In the past only traditional sectors such as manufacturing, mining, retailing, construction and energy generation were uppermost in the minds of economic planners and ministers of finance, development and trade," said UNEP Executive Director Achim Steiner.

" TEEB has brought to the world's attention that nature's goods and services are equal, if not far more central, to the wealth of nations including the poor," said Steiner, "a fact that will be increasingly the case on a planet of finite resources with a population set to rise to nine billion people by 2050."

Sukhdev emphasized that TEEB study, which has involved hundreds of experts from around the world, is not a cost-benefit analysis of the Earth.

TEEB recognizes that biodiversity has many different types of values, not all of which can be given a price tag, he said, adding that market solutions represent but a small fraction of the economic solutions available to value biodiversity.

Approaches such as Net Positive Impact, wetland mitigation and bio-banking can help ensure that developers take responsibility for their environmental footprints, the report shows.

"Mainstreaming the Economics of Nature" focuses on three areas - a natural ecosystem (forests), a human settlement (cities), and a business sector (mining) - to illustrate how the economic concepts and tools described in TEEB can help society bring Pricing the Value of Nature into decision making at all levels.

As consumers and governments opt for greener purchasing choices, the business sector stands to make considerable gains. The TEEB report estimates that by 2020 the annual market size for certified agricultural products is expected to be US$210 billion; payments for water related ecosystem services US$6 billion; and voluntary biodiversity offsets in the region of US$100 million a year.

"The good news is that many communities and countries are already seeing the potential of incorporating Pricing the Value of Nature into decision-making," said Sukhdev.

Sukhdev said that to date, 27 governments from Africa and Latin America, and one from Asia, had sought help from the UNEP team.

Braulio Dias, Secretary for Biodiversity and Forests, Ministry for Environment, Brazil, welcomed the TEEB study, saying it offers sound guidance and a powerful message to reset the economic compass.

"As one of the world's biodiversity hotspots, Brazil's government and business sectors are taking the TEEB recommendations very seriously and can see that the era of the invisibility of Pricing the Value of Nature must end," said Dias.

"At a national level we are in discussion to implement a TEEB study of our natural capital," he said, "and the Brazilian business sector is also in planning to move towards this practical and sustainable approach to decision-making."

Jairam Ramesh, India's Minister for Environment and Forests, said his country is planning a TEEB-style national economic assessment by 2015.

In New Delhi, Prime Minister Manmohan Singh said, "We have to be able to develop technologies that create wealth from waste, thereby tackling depletion and degradation of our environment while conserving our rich biodiversity and finite resources." Prime Minister Singh called for greater participation of the private sector to create high impact collaborations.

The TEEB study was spearheaded by Germany and the European Commission in response to a proposal in 2007 by the G8+5 Environment Ministers.

European Commissioner for the Environment Janez Potocnik said, "While of course valuing nature for itself, we also recognize its economic value in the battle to stop biodiversity loss."

"We will look at ways to implement in our policies the analyses developed by TEEB," Potocnik said. "We are also willing to support initiatives by other countries to demonstrate the benefits and costs of investing in managing biodiversity and ecosystem services."

Nicola Breier, with Germany's Ministry for the Environment, Nature Conservation and Nuclear Safety, said stakeholders increasingly understand that conserving biodiversity can yield business and saving opportunities, while biodiversity can also have a hard economic value.

Hideki Minamikawa, Japan's vice-minister of environment, said TEEB could be a revolutionary measure to trigger a new means to facilitate poverty reduction and biodiversity conservation.

Japan is already trying some TEEB-style experiments. City officials in Nagoya, host to the biodiversity converence, have implemented a new system of tradeable development rights whereby developers wishing to exceed existing limits on high-rise buildings can offset their impacts by buying and conserving areas of Japan's traditional agricultural landscape.

"Better accounting of business impacts on biodiversity - both positive and negative - is essential to spur change in business investment and operations," said Joshua Bishop, the TEEB for Business report coordinator and chief economist of the world's largest nongovernmental organization, the International Union for the Conservation of Nature.

TEEB activities will not end with this concluding report. Today, Sukhdev introduced a partnership between TEEB and the MOFILM global community of filmmakers, from which 25 TEEB-related films have been selected and will be made available online at http://www.teebweb.org/.

The TEEB study has synthesized thousands of studies, examined valuation methods, policy instruments and examples of action from around the world. Referring to numerous case studies, the report concludes with 10 recommendations to help citizens and policymakers factor biodiversity into everyday decisions.

Ahmed Djoghlaf, executive secretary of the Convention on Biodiversity, stressed the importance of integrating findings from TEEB into the 2011-2020 strategic plan for the Convention and the next generation of National Biodiversity Strategies and Action Plans.

The Nagoya meeting is expected to adopt a new strategic plan and a multi-year program of work that will reduce the loss of biodiversity by 2020 and by 2050 produce a world where the diversity of Earth's living creatures is cherished and protected.