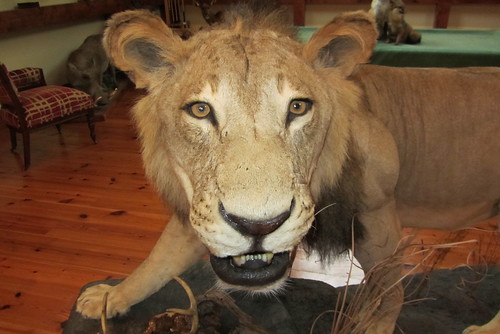 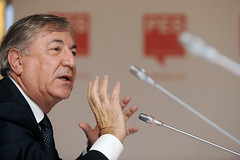 A loophole in European law that has allowed body parts from endangered animals to be imported into the European Union as hunting trophies was closed Thursday in a move welcomed by wildlife conservationists.

The measure is intended to guarantee that the origin of any imported hunting trophy is legal and sustainable.

There has been great concern about the trade in hunting trophies from lions, polar bears, elephants and rhinoceroses. Criminal groups are increasingly involved, and wildlife trafficking has become a form of transnational organized crime that resembles trafficking in human beings, drugs and firearms, says European Commissioner for Environment, Maritime and Fisheries Karmenu Vella of Malta.

In the past, there was no systematic scrutiny by scientific authorities in the 28 EU Member States to ensure that trophies from these six species imported to the European Union were the result of sustainable hunting. As a result, the system was abused by criminal gangs to import rhino horns as hunting trophies, which were then fraudulently exported to Vietnam.

Vella says permits will only be delivered once the EU is convinced that the intended trophy import meets criteria demonstrating that it is sustainable. If the criteria are not met, the import will be banned.

The new rules will ban imports of lion hunting trophies into the EU from a number of West African countries where there is concern that lions are not being hunted sustainably, including Benin, Burkina Faso and potentially Cameroon.

A survey last year found there has been a “catastrophic collapse” in the number of lions in West Africa, with only around 400 left in the wild.

Between 2008 and 2012, 1,438 lion hunting trophies were imported into the EU. More than 1,040 of these came from South Africa, where the vast majority of hunted lions are bred in captivity.

However, 395 of the hunting trophies came from other African countries where lions are shot in the wild. These include 63 from highly endangered populations in West Africa, a sub-species distinct from other African lions, 80 percent of which were imported to France.

Under the Convention on International Trade in Endangered Species, CITES, the global treaty which regulates the international trade in wild animals, African lions are designated as a protected species, meaning trade in their body parts is strictly regulated.

But under CITES rules hunting trophies are considered as “household and personal effects,” so they receive a derogation which exempts them from trade regulations.

Imports of wildlife products into the EU are governed by the EU Wildlife Trade Regulation, which implements the provisions of CITES into EU law. However, the EU can also impose stricter regulations that go beyond CITES requirements where necessary to ensure trade in wild animals is truly sustainable.

Last year, the European Commission proposed to suspend imports of hunting trophies of lions and the five other species from countries that have received a “negative opinion” from the EU’s Scientific Review Group, which gives advice on whether wildlife imports will have a harmful effect on species conservation.

These countries include Benin, Burkina Faso and Cameroon.

The proposal was approved by EU national governments and the European Parliament last year and took effect on February 5.

LionAid is now calling for a total ban on all lion trophy imports from African countries that allow trophy hunting of lions. These include those which currently enjoy a “positive opinion” in terms of lion trophy imports – Tanzania, Namibia and South Africa.