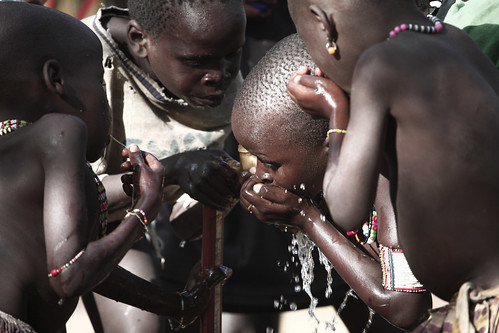 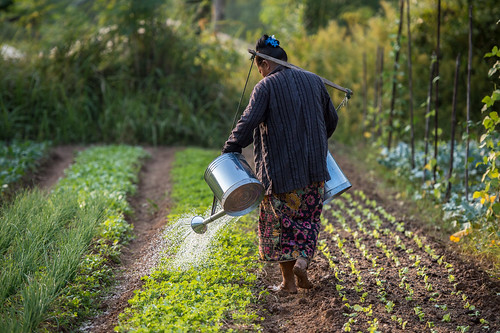 In 2050 there will be enough water to produce food for a global population of nine billion, but over-consumption and climate change will increase water scarcity in the planet’s neediest regions, finds a new report from the UN Food and Agriculture Organization and the World Water Council.

The report, “Towards a water and food secure future” was released Tuesday at the Seventh World Water Forum now underway at the Daegu EXCO. Held every three years since 1997, this year’s forum is jointly organized by the World Water Council, the Republic of Korea, the city of Daegu and the province of Gyeongbuk.

Meanwhile, another UN agency reports the planet will face a 40 percent shortfall in water supply in 2030 unless the international community “dramatically” improves water supply management.

The 2015 World Water Development report, released by UNESCO for World Water Day, March 22, predicts that demand for water will increase 55 percent by 2050 while 20 percent of global groundwater is already overexploited.

The FAO predicts that by 2050 some 60 percent more food will be needed to feed the world, placing added stress on water supplies. Agriculture is already the most water-intensive industry, accounting for at least two-thirds of the water drawn from rivers, lakes and aquifers in many countries.

Water supply improvements are possible, says the FAO, calling for governments to allocate water rights “in fair and inclusive ways” and to help farmers increase food output even with limited water resources by empowering them to better manage water scarcity risks.

The UN is now formulating post-2015 goals that place sustainability at the core of its development activities.

The international community must gear up for a new era of “hydro-diplomacy” as the threat of water scarcity risks plunging the world into a period of geopolitical tension and stunted development, UN Deputy Secretary-General Jan Eliasson told the UN General Assembly March 30.

“The lack of water causes individual tragedies,” he said. “And it also, growingly, constitutes a threat to international peace and security. There is a need for ‘hydro-diplomacy’ – making scarce water a reason for cooperation, rather than a reason for conflict.”

Every day nearly 1,000 children die from diarrhea linked to unsafe drinking water, poor sanitation, or poor hygiene. In three countries – the Democratic Republic of the Congo, Mozambique and Papua New Guinea – more than half the population does not have improved drinking water.

“The impact of water on human health as well as economic well-being is better understood than a decade ago, including water’s critical importance for households, industries, agriculture, cities, energy production and transportation,” said President of the UN General Assembly Sam Kutesa in a message to the meeting.

Kutesa recognized progress made under the Millennium Development Goals, yet, he said, 800 million people continue to live without access to an improved water source while many more are without a safe and sustainable water supply.

Léo Heller, UN Special Rapporteur on the human right to water and sanitation, said, “What is needed is a better application of resources – by identifying and targeting those who still do not have access; by practicing effective mechanisms for affordability; by integrating the principle of equality and non-discrimination in policies and programs and by putting in place the necessary physical and regulatory frameworks to monitor who are benefitting from interventions and who are being left behind.”