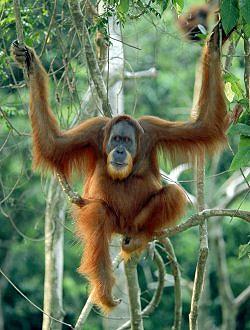 For the first time, the United Nations Millennium Development Goals is monitoring the world's plants and animals using the Red List fdeveloped by the International Union for the Conservation of Nature, IUCN. Based on the comprehensive IUCN Red List of Threatened Species, the index shows trends in the overall extinction risk for sets of species at global, regional and national levels.

Until now, the seventh Millennium Development Goal, to ensure environmental sustainability, has not included any mention of biodiversity or the need to save species as a critical contribution to human development.

But with the launch of the latest Annual Report on progress towards the Millennium Development Goals, in advance of the High-level Event on the Millennium Development Goals at UN Headquarters in New York on September 25, the goal now includes the aim to "significantly reduce the rate of biodiversity loss by 2010" as one of its targets. The index will be used to monitor progress and highlight areas where conservation efforts are needed.

"The IUCN Red List is the world's most authoritative and reliable system for assessing the risk of species extinction," says Jane Smart, who heads IUCN's Species Programme. "Species are the best known component of biodiversity and therefore it's vitally important to expand our work to establish a reliable trend in the rate of species loss."

"We're delighted to have our Red List information used as a primary tool by the United Nations to monitor the status of the animals and plants we depend upon," she said.

The eight Millennium Development Goals, agreed by the world's governments and development institutions, range from reducing extreme poverty to halting the spread of HIV/AIDS. They provide measurable targets which can be achieved by the year 2015.

Progress towards achievement of the biodiversity component will be monitored by measuring the proportion of species threatened with extinction - calculated by the IUCN Red List Index.

"This new target puts the importance of species at the top of the world's agenda," says Holly Dublin, who chairs the IUCN's Species Survival Commission. "The links between biodiversity and development are strong, which is why it's important that the Millennium Development Goals prioritize the need to conserve species across the world," said Dublin.

"Species are harvested for food, medicines and fibers.They're domesticated for agriculture and play an essential role in regulating local and global environments," she said. "It is great to see that nature is recognized as an essential contributor to human wellbeing."

It is excellent to see that BirdLife's pioneering approach for measuring trends is being rolled out for other taxonomic groups, and has been adopted by the United Nations as an indicator against the Millenium Development Goals," said Dr. Stuart Butchart, BirdLife's global research and indicators coordinator. "BirdLife has found the IUCN Red List Index to be a powerful tool to track biodiversity trends."

For example, the white-rumped vulture, Gyps bengalensis, has recently been uplisted to Critically Endangered on the IUCN Red List of Threatened Species. The veterinary drug diclofenac, which is toxic to vultures, has been responsible for a decline of more than 99 percent in this species across the Indian subcontinent. Since the collapse of the vulture population the number of feral dogs in India has doubled since the 1980s, and rabies is now increasing, causing economic and human health impacts.

A preliminary Red List Index has been published for amphibians, and indexes for mammals, cycads and corals will be produced shortly, according to the IUCN.

Red List Indexes for additional groups of species will be produced when they have been assessed though the IUCN Red List process.

The IUCN Red List Index has been presented for use to the United Nations through the UN Environment Programme World Conservation Monitoring Centre, which together with IUCN compiles the World Database on Protected Areas. This database will be used to report progress in protected area coverage under the biodiversity target of the Millennium Development Goals.

"The world is waking up to the fact that environmental destruction and species extinction does real damage to peoples' lives and livelihoods," said Dr. Matt Walpole, UNEP-World Conservation Monitoring Centre.

"Pledging to reduce biodiversity loss as part of the Millennium Development Goals demonstrates clear recognition by the world's governments that poverty reduction and sound environmental management go hand in hand."

Visit the IUCN Red List of Threatened Species at:  http://www.iucnredlist.org/