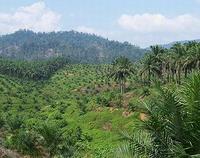 A native community on the Tinjar River in the Malaysian part of Borneo has won an important legal battle against the Sarawak state government and a subsidiary of IOI, one of the world's largest palm oil companies.

Twelve years after the natives' class action lawsuit was filed, the Miri High Court Wednesday declared leases of Kayan native customary lands "null and void" because they had been issued by the Sarawak state government to IOI Pelita in an illegal and unconstitutional manner.

The court declared that the five plaintiffs who represented their village of Long Teran Kanan in the class action case possess native customary rights over their native customary land area, both on the leased lands and beyond them "according to the plaintiffs' communal boundary."

The court ruled that the company and its agents "are trespassing" over the land of the plaintiffs and awarded both exemplary and aggravated damages to the Long Teran Kanan native community. Any damages and losses suffered by the plaintiffs will be assessed by the Deputy Registrar of the High Court at a date to be fixed.

Lah Anyie, the first plaintiff and also the headman for Long Teran Kanan asked, "Why does the company and the government accuse us of being squatters when our village is officially recognized by the government as a legitimate village?"

The Court decision also discredits the so-called Roundtable for Sustainable Palm Oil, which, according to IOI, had found in a probe that the company "had acted responsibly for the management of land in Sarawak."

IOI, a Malaysian palm oil producer serving markets in 65 countries, is a founding member of the Roundtable. IOI Pelita is its subsidiary.

Nongovernmental organizations that have supported this native community and others in their fight for native customary rights and land rights are urging the Sarawak state government not to appeal the High Court's ruling.

The Borneo Resources Institute Malaysia says the Sarawak government should let the ruling stand. "Even though the government has a right to appeal, they have to take into account their priorities to the people, espoused by the slogan, 'Peoples First, Performance Now,'" the institute said in a statement Wednesday.

The Bruno Manser Fund, based in Switzerland, said today that it welcomes the Miri High Court decision and "expects IOI to stop its jungle clearance activities and move out of the disputed lands in the Tinjar region with immediate effect."

Last December, a BBC News investigation found that vast tracts of former rainforest were being bulldozed in the disputed IOI operations area. BBC reporters documented "a scene of absolute devastation: a vast scar on the landscape."

On March 15, Friends of the Earth Europe and its Dutch branch Milieudefensie issued a report presenting evidence that IOI was responsible for large-scale illegal and unsustainable activities in the Indonesian part of Borneo.

The report exposes the illegal activities of the IOI Group and shows that the increasing demand in Europe for palm oil in food and biofuels is leading to deforestation, breaches of environmental law and land conflicts in Asia.

The IOI Group responded that its own investigation into these allegations found that "Milieudefensie's field research had been highly selective and limited, and that several incidents on which allegations were based were incorrectly reported. The investigation also concluded that no land conflicts have occurred, nor have any laws or RSPO regulations been violated."

"IOI Corporation is determined to demonstrate its commitment to its sustainability goals and its compliance with legal regulations and RSPO Principles and Criteria by openly providing concerned stakeholders with insight into company field documents and procedures," the company said.