Safari Club International, America’s most powerful hunting lobby group, this week will auction the lives of 280 South African animals to raise funds to lobby the Trump administration against measures protecting threatened species, such as the Big Five: elephant, rhino, lion, buffalo and leopard.

At a trophy hunting convention the Safari Club International is hosting in Las Vegas February 1-4, the hunting lobby group expects an estimated 25,000 hunters to bid on at least 60 South African hunting trips.

American hunters are being offered the chance to kill all of South Africa’s iconic species.

The South Africa hunts are valued at US$1.01 million, from an estimated total of US$5.3 million from other hunts on auction. These include the hunting of some 1,000 mammals internationally, including imperiled polar bears.

All profits from the trophy hunts will go directly toward funding SCI to actively lobby the U.S. government towards a pro-hunting stance. The group will hope to wield considerable influence on the Trump administration, especially the Department of the Interior, which manages natural resources.

Based in Tucson, Arizona, SCI filed a lawsuit against the U.S. Fish and Wildlife Service in January defending the practice of aerial hunting and other inhumane predator-killing practices in natural refuges in Alaska.

President Trump’s sons, Donald Jr. and Eric, are both trophy hunters and images of their African safari kills have angered conservationists and wildlife lovers.

In September 2015, SCI and other pro-hunting organizations met behind closed doors with the South African Department of Environmental Affairs and representatives of other African nations in Polokwane to discuss the “benefits” of trophy hunting.

Journalists and non-hunting conservation groups were barred from the meeting, which generated suspicion as to the exact nature of SCI’s involvement with the Department of Environmental Affairs.

This week, as part of the online auctions, there will be two South Africa hunts valued at US$16,500 and US$15,000 each  that offer to hunt wildlife with dogs. This controversial practice, known as “hounding,” sets dogs upon a wild animal, which is chased until exhausted, trapped, and easily shot.

These auctions can be seen here and here.

One auction from Watts Trophy Hunting offers an upgrade to kill an elephant and an African lion. Extremely high levels of poaching are already endangering both species and hunting them will only exacerbate the problem.

Most controversially, some of the auctions offer canned hunting – the cruel practice in which animals are hunted within a fenced area without any opportunity to escape.

Humane Society International is calling on South African citizens to oppose the callous killing of wildlife for entertainment by signing a pledge to end trophy hunting. 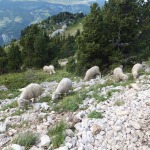